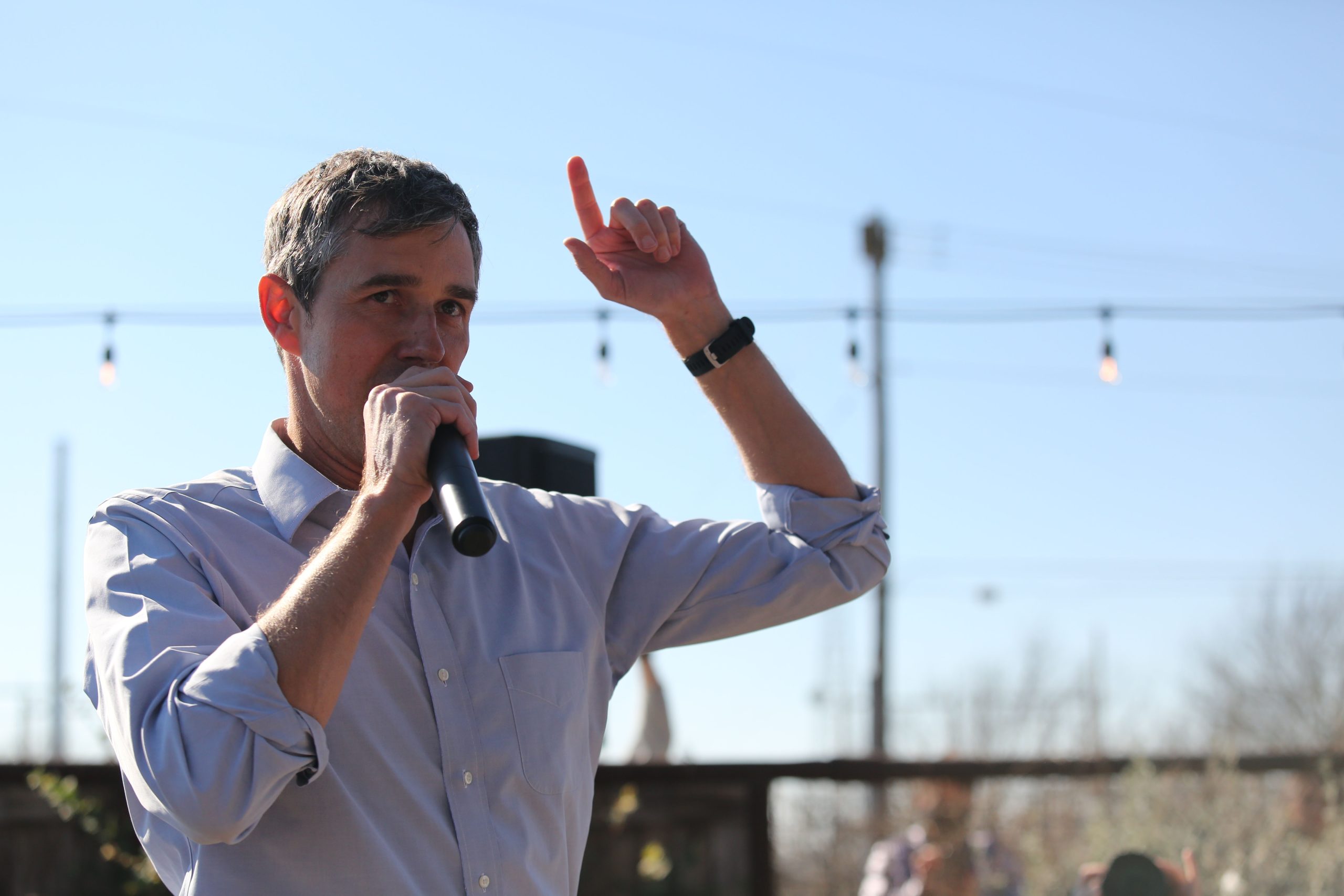 Beto O’Rourke, the Democratic candidate for Texas governor, got heated at a town hall when someone in the audience appeared to laugh while he was discussing the gun laws involved in the Uvalde massacre.

O’Rourke was campaigning at a town hall in Mineral Wells, Texas, on Wednesday, when the former Senate and presidential candidate began to speak about gun laws in the state.

“Now 11 weeks since we lost 19 kids and their two teachers, shot to death with a weapon originally designed for use in combat — legally purchased by an 18-year-old, who did not try to obtain one when he was 16 or 17, but followed the law that was on the books … that says you can buy not one, but you can buy two or more if you want to, AR-15s,” O’Rourke said.

“And take that weapon, that was originally designed for use on the battlefields of Vietnam to penetrate an enemy soldier’s helmet at 500 feet and knock him down dead, up against kids at five feet,” O’Rourke said, briefly kneeling down to mimic a firearm.

After O’Rourke’s kneeling demonstration, someone in the audience could be heard laughing. O’Rourke quickly spun around and shot back with profanity.

“It may be funny to you, motherf——, but’s it not funny to me,” he said as supporters in the audience stood and cheered.

Following the heated moment, O’Rourke went on to discuss a variety of topics, including education, the Texas energy grid, healthcare and legalizing marijuana.

Wednesday’s outburst was not the first time O’Rourke has addressed an audience member being disruptive during a discussion of gun violence. During a town hall in Snyder, Texas last month, O’Rourke told someone laughing, “Might be funny to you. It isn’t to me.”

While some criticized O’Rourke for his foul language, Democrats were largely supportive of the gubernatorial candidate’s moment of anger.

“[O’Rourke] captures the anger and frustration that so many of us feel when people like this heckler and [Texas Gov. Greg Abbott] show no compassion for Uvalde victims and their families,” Texas state Sen. Roland Gutierrez said in a tweet.

Biden Criticized for Claiming US Had ‘Zero Inflation’ in July