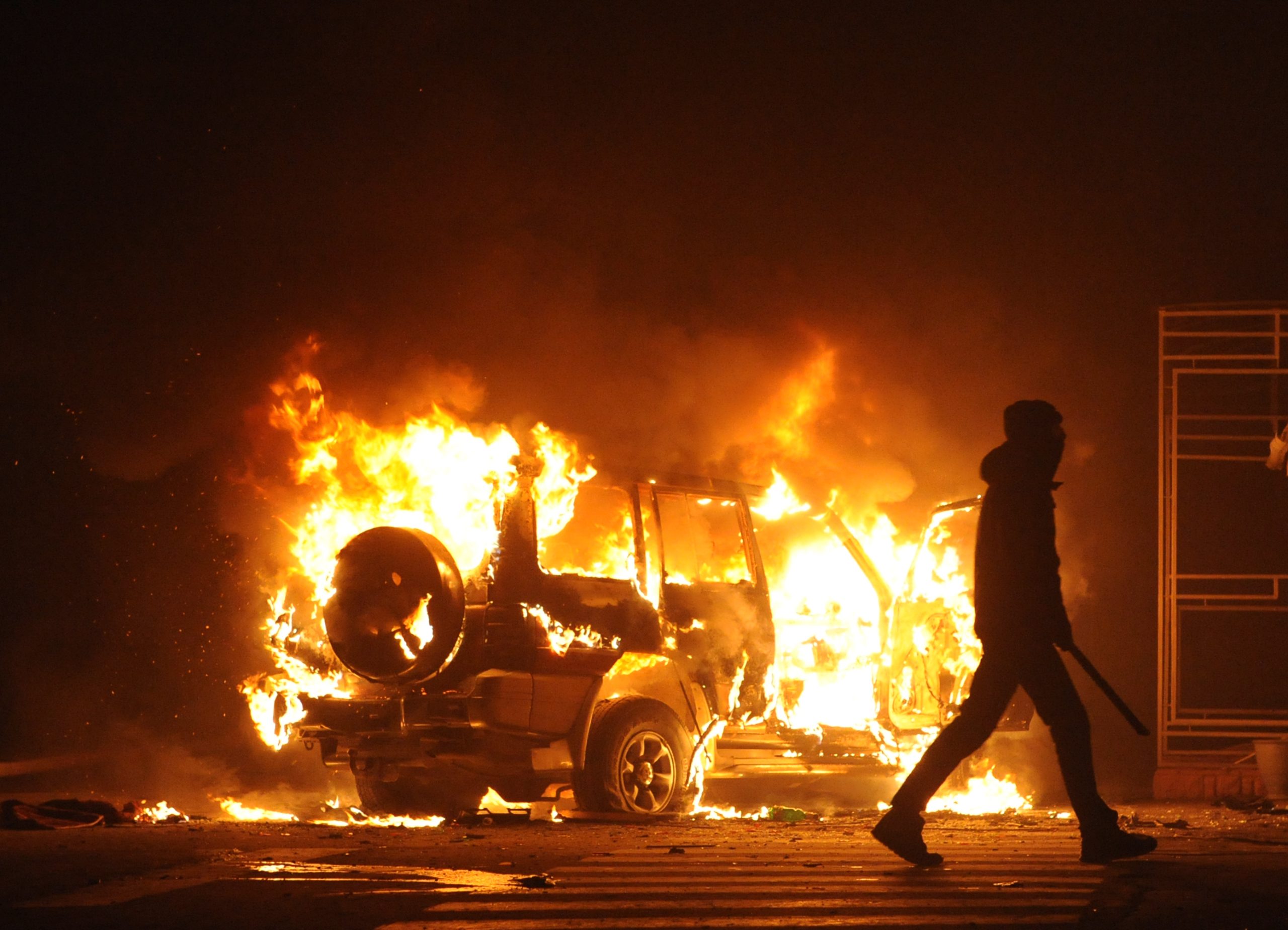 After domestic terrorists from Antifa provoked destructive riots in Atlanta Friday night, one guest on CNN said the burned cars and smashed windows were anything but “violent.” The city’s Democratic mayor sharply disagreed with that assessment.

The riot was called for by Antifa in response to the death of an environmental activist named Manuel Esteban Paez Teran.

David Peisner told CNN host Pamela Brown that the only violence in Atlanta he saw was being carried out by city police officers who were stopping Antifa from continuing to set the city on fire.

Peisner said that it is a “dangerous and slippery concept” to consider destroying private property as violent. He said, “I think that there’s a real blurring of the lines in the use of the word violence. Is property destruction violence?” He claimed that “breaking windows or other acts of property destruction” are not actual violence.

Mayor Andre Dickens (D) appeared on CBS’s “Face The Nation” on Sunday morning and rebuked Peisner’s dismissal of politically-motivated violence. In addition, the mayor pointed out that the rioters who were arrested would face domestic terrorism charges.

Dickens pushed back on allegations that the “protests” were “peaceful,” noting the rioters had explosives, “burned down a police car” and broke many windows. He said that city police officers worked with state and federal forces in taking “swift action within two blocks and brought that situation under control.”

The mayor also noted that most of the rioters were not Atlanta or even Georgia residents. Instead, he said, “Most of them traveled into our city to wreak havoc.” He said that if anyone in the city decides to use violence for any reason, “we will make sure that you get held accountable.”

Georgia Gov. Brian Kemp (R) said the violent riots would not be tolerated. He said: “While the state continues to respect peaceful protest, acts of violence against person or property will not be tolerated. Those committing such unlawful acts will be arrested and prosecuted fully.”