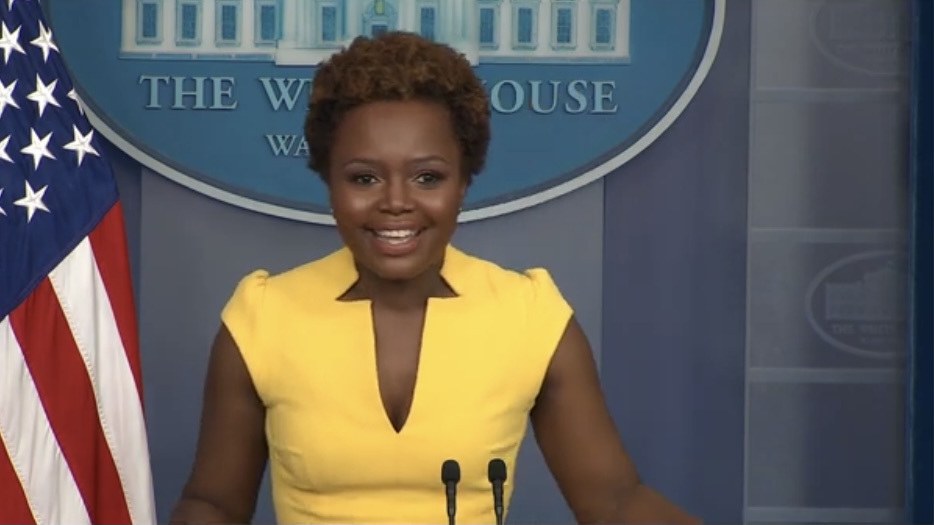 As Americans struggle to absorb the rising cost of food and other necessities, the Biden administration is working overtime to put a positive spin on the economic news. Most recently, White House press secretary Karine Jean-Pierre reacted to reports that show year-over-year inflation was at 8.5% last month by asserting that the era of skyrocketing consumer prices had come to an end.

In a tweet on Wednesday, she proclaimed: “We just received news that our economy had 0% inflation in July.”

Jean-Pierre went on to explain her reasoning by acknowledging that “the price of some things went up” but “the price of others, like gas, clothing, and more, dropped.” The backlash against her disingenuous take was swift and severe, including remarks from GOP strategist and pollster Frank Luntz.

During a CNBC appearance on Thursday, he said that the White House’s “Orwellian” claim of zero inflation was “cynical” and represented “a destruction of the meaning of words.”

Although some pro-Biden pundits attempted to parse Jean-Pierre’s words to mean that she was only referring to zero inflation during the month of July, numerous commentators on the other side of the aisle explained that the inflation rate needs to be considered on a longer-term scale to have any significant relevance.

Heritage Foundation research fellow Joel Griffith, for example, tweeted that a yearly inflation rate of 8.5% “is near a 40-yr high.”

About a month ago, the White House press secretary earned similar pushback for her tone-deaf assertion that the economy is actually in great shape. “What I’m trying to say to you is that the economy is in a better place than it has been historically,” she claimed. “And so we feel here at this administration, and other experts as well, is that we feel that we are in a good position to take on inflation.”

Of course, not all experts agree with the administration’s assessment. In fact, the venerable Penn Wharton determined that the so-called Inflation Reduction Act that recently passed along party lines in the Senate would not achieve its purported goal. In its report on the specifics of the bill, the policy center concluded: “The impact on inflation is statistically indistinguishable from zero.”