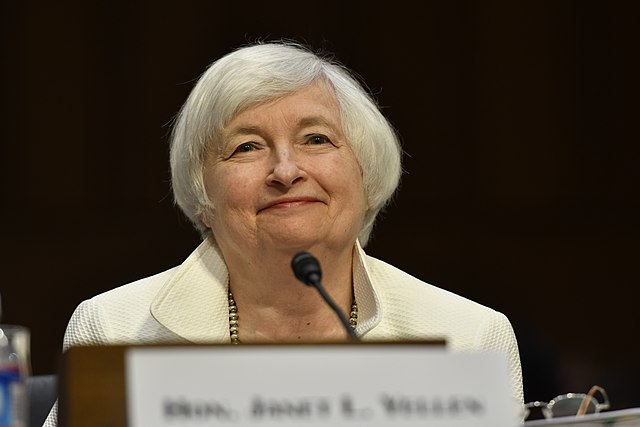 Federalreserve, Public domain, via Wikimedia Commons
Like Freedom Press? Get news that you don't want to miss delivered directly to your inbox

Even as President Joe Biden touted the misleadingly named Inflation Reduction Act, new economic reports showed that inflation continues to push the cost of almost everything even higher.

The consumer price index found that the annual inflation rate was 8.3% in August, which was two-tenths of a point lower than the previous month but significantly higher than economists had hoped.

Making matters worse, T. Rowe Price economist Blerina Uruci explained that the momentum behind the rising prices “accelerated in all the wrong places.”

Specifically, the cost of new vehicles, auto repairs, and dental procedures were among the sectors hit hard by inflation last month.

It was clear that Wall Street did not like the news, as the Dow Jones Industrial Average lost more than 1,276 points after the report was released. The stock market downturn further fueled worries about an impending recession.

As with other negative economic news, however, the Biden administration sought to put a positive spin on the situation. President Joe Biden embraced the most generous interpretation of the report possible, insisting that it reflects “more progress in bringing global inflation down in the U.S. economy.”

He also pointed a finger at the GOP for allegedly standing in the way of policies that would bring inflation down — namely the aforementioned Inflation Reduction Act.

“Republicans choose not to join us,” the president claimed. “In the end, every single Republican voted against this historic law. So it fell to the Democrats to meet this moment and deliver for the American people. And that’s exactly what we did.”

Since the earliest days of negotiations about the new law, critics on both sides of the aisle pointed out that there was nothing in the proposal that would provide meaningful relief for Americans struggling to absorb higher prices.

The nonpartisan Congressional Budget Office even confirmed that the massive spending bill could exacerbate the economic situation, at least in the short term. Last month, U.S. Sen. Lindsey Graham (R-SC), the ranking GOP member on the Senate Budget Committee, cited the CBO analysis in issuing a clear denouncement of the bill.

“The idea that this tax and spend proposal is going to blunt inflation is yet again rejected, this time by CBO,” he said. “Democratic statements about the proposal are quite frankly wrong and misleading. Further, CBO indicates that the Obamacare subsidies can go to a family of four earning $304,000 a year. This is, by any reasonable definition, people who are doing well and not in need of subsidies from the government.  Also, CBO confirmed my suspicion that the way the 15 percent corporate minimum tax is constructed would hurt economic growth.”