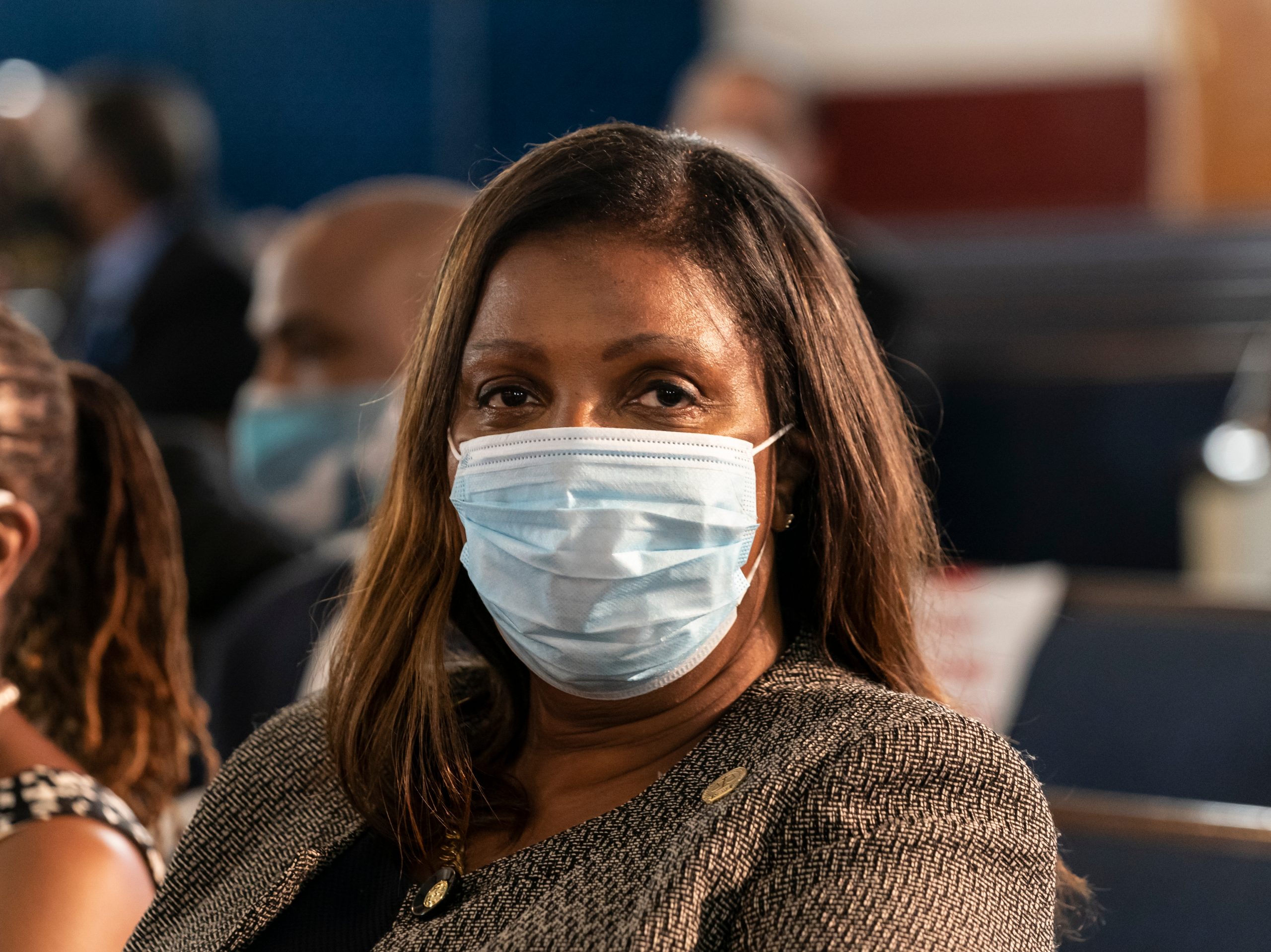 Sofia Quintanar, 33, alleges in the lawsuit that Ibrahim Khan — James’ chief of staff for 10 years, who recently resigned — put his tongue down her throat last year during a Brooklyn fundraiser.

Fox News reports: “She alleges that James covered up the alleged assault and then made misleading statements to the media ‘that he was on vacation, or with a sick relative when in fact, he had been suspended for nearly two months,’ the lawsuit said.”

Just a few weeks ago, Khan stepped down from his position as chief of staff after James hired an outside law firm to investigate the issue. The attorney general later revealed the investigation had concluded that Khan had engaged in sexual misconduct.

“The Office of Attorney General has protocols in place to thoroughly investigate any allegation of misconduct. The office takes these matters with the utmost seriousness and this situation is no different,” a spokesperson said following his resignation.

Meanwhile, James received significant criticism after it was revealed that Khan was allowed to resign while still being paid with taxpayer dollars. According to payroll records obtained by the New York Post, “Khan’s salary jumped from $205,663 to $235,000 in March during James’ bid for re-election.”

As his resignation is not effective until December 31, he is still receiving a paycheck until that date — despite being accused of sexual misconduct.

After working as an aide for James’ office in 2020, Quintanar left to take a position on the reelection campaign of Buffalo Mayor Byron Brown (D). Following his victory, she began searching for a new job and ended up attending the fundraiser where she was allegedly sexually assaulted.

The incident began when Khan allegedly tried to kiss Quintanar, and she questioned his actions.

He then allegedly leaned in for another kiss, an advance that Quintanar again rebuffed, according to the complaint. She initially chose not to file a complaint against Khan, fearing that the then-chief of staff would use his influence and political connections to retaliate against her and damage her career, the suit alleges.

Quintanar also reports being concerned that Khan would argue the interaction was consensual, but says that she later learned that he had allegedly acted improperly with other women.

According to Fox News, Quintanar is seeking unspecified damages in her lawsuit.

New York’s state government has had its share of sexual harassment allegations — as it was announced in August 2021 that former Gov. Andrew Cuomo (D) had violated federal and state law by sexually harassing current and former state employees. The announcement was made following an extensive investigation, and Cuomo eventually resigned.

Musk Spars With Bari Weiss Over Decision To Suspend Journalists