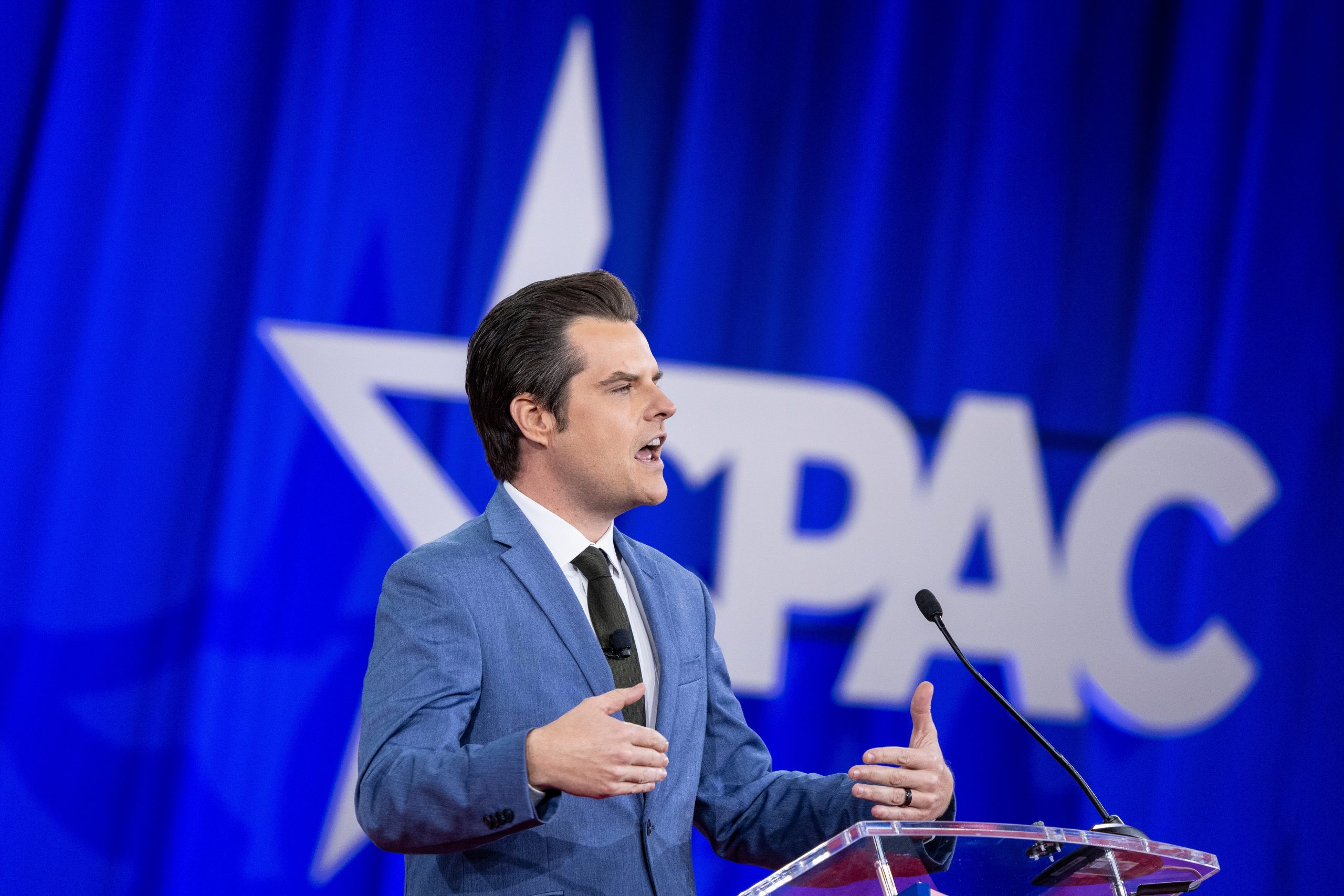 Appearing on Newsmax’s “Robb Schmitt Tonight” on Tuesday, Rep. Matt Gaetz (R-FL) took aim at his colleagues — calling out lukewarm comments from Senate GOP leadership responding to the FBI’s raid of Mar-a-Lago and comparing them to “weak Republicans” during the Mueller probe.

“Speaking directly to Tim Scott, ‘We should wait and hear all this out, and wait and see how it goes.’ That’s exactly what the weak Republicans were saying during the Mueller investigation,” Gaetz said.

“I feel like I’ve been to this movie before where McConnell and all the McConnelites just say, ‘Oh well, we should wring our hands and hope that President Trump didn’t break the law,’” he continued.

While calling out weak Republicans in his Newsmax interview, Gaetz did comment on the “strong leadership” of House Minority Leader Kevin McCarthy (R-CA) who, unlike Scott and McConnell, strongly condemned the FBI raid of Mar-a-Lago.

On Newsmax, Gaetz went on to note that this was not the first time the FBI and Department of Justice have gone after the former president, citing the false Russian collusion allegations from several years ago.

“This was a highly-performative raid, Rob. You have an entire circle around President Trump’s great American flag full of black SUVs. The FBI even rented a Ryder truck so they could bring in 30 armed agents to Mar-a-Lago, of all places,” the Florida congressman explained.

“If they wanted documents, they could have sent a subpoena, but they were trying to send a message,” he asserted, adding that he believes Democrats are not confident about their Inflation Reduction Act being pushed through Congress, so they are trying to “scare” the country because “they know they are doomed” in the upcoming November midterms.

Gaetz also argued that Trump’s decision to appoint Christopher Wray as director of the FBI was “absolutely” a terrible decision, noting that the FBI and the DOJ already weren’t “full of the best people” even under the Trump administration.