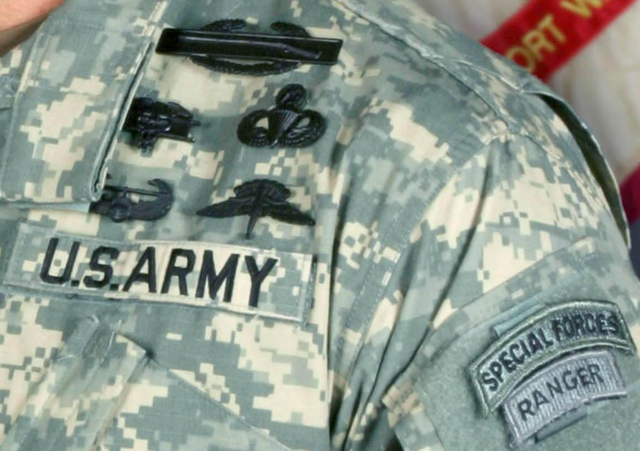 United States Army, Public domain, via Wikimedia Commons
Like Freedom Press? Get news that you don't want to miss delivered directly to your inbox

Nearly four dozen congressional Republicans are calling on the Biden administration to roll back its strict COVID-19 vaccine mandate for military service members and other personnel.

In a letter sent to Defense Secretary Lloyd Austin this week, the legislators noted that roughly 8% of all enlisted soldiers are at risk of being discharged because of their opposition to the vaccine even as the Army struggles to meet its recruiting goals.

“As a major land war rages in Europe, our own military faces a self-imposed readiness crisis,” the letter continued.

U.S. Reps. Mike Johnson (R-LA), Chip Roy (R-TX), and Thomas Massie (R-KY) spearheaded the effort, explaining that GOP lawmakers are “not the only ones frustrated” by the Pentagon’s draconian requirement.

“Thousands of these service members have been left in limbo while they wait for the adjudication of religious and medical exemptions,” the legislators wrote. “Some have waited for nearly a year to learn if they will be forcibly discharged for their sincerely held religious beliefs or medical concerns.”

Since young adults — particularly across the South, where a disproportionate percentage of service members have traditionally lived — are more likely to be opposed to the vaccine, the letter concluded that Austin’s policies are exacerbating the military’s recruitment crisis.

“The data is now clear,” the lawmakers wrote. “The Department of Defense’s Covid vaccine mandate is deleterious to readiness and the military’s ability to fight and win wars.”

Arguing that the vaccine itself “provides negligible benefit to the young, fit members of our Armed Forces,” the letter determined that it is past time to repeal the current mandate and “re-instate those who have already been discharged.”

Making matters worse, Sen. Ron Johnson (R-WI) sent a letter to Austin last month in which he chronicled multiple whistleblower allegations that the COVID-19 vaccines distributed to military bases were mislabeled and did not have the proper approval or use authorization.

Liberty Counsel has provided attorneys to represent service members who have filed lawsuits against the Biden administration.

“It is indisputable that for one year the military has forced the shots when they knew they were under the Emergency Use Authorization law and not [Food and Drug Administration] approved,” said Liberty Counsel founder Mat Staver. “Our military service members have been threatened and punished in violation of federal law.”

He urged all federal lawmakers to “demand this COVID shot mandate end immediately.”