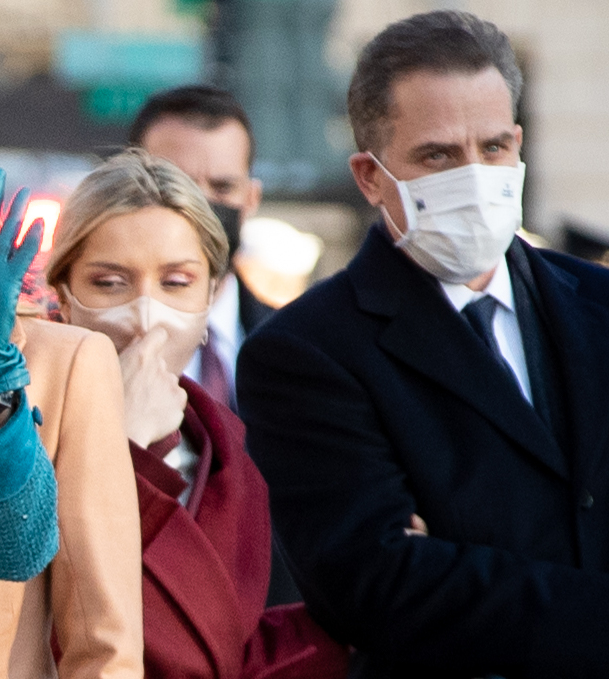 U.S. Customs and Border Protection, Public domain, via Wikimedia Commons
Like Freedom Press? Get news that you don't want to miss delivered directly to your inbox

Hunter Biden has petitioned an Arkansas court to prevent his estranged four-year-old daughter, who he has refused to meet, from taking his last name.

The child, Navy Joan, was conceived out-of-wedlock with former stripper Lunden Roberts. At first, Hunter Biden refused to even acknowledge that the child was his — until a DNA test in 2019 proved that he was the “biological and legal” father of the child, according to a ruling from an Arkansas judge. Since then, both Hunter Biden and his father, President Joe Biden, have still avoided acknowledging the child.

Roberts — who noted in her filing that her daughter remained “estranged” from the Biden family to the point of “misconduct or neglect” — has asked Circuit Court Judge Holly Meyer for her daughter’s surname to be changed to Biden.

The mother has argued that Navy Joan would “benefit from carrying the Biden family name” and that the “Biden name is now synonymous with being well educated, successful, financially acute, and politically powerful.”

Roberts went on to assert that the estrangement and neglect “can be rectified by changing her last name to Biden so that she may undeniably be known to the world as the child of the defendant and member of the prestigious Biden family,” according to the filing.

However, Hunter Biden’s lawyers have asked the judge to stop the name change, claiming that it would deny the child a “peaceful existence,” the New York Post reported.

The lawyers have also argued that Navy Joan shouldn’t have her surname changed until she can choose whether she wants to take the Biden name once “the disparagement of the Biden name is not at its height.”

Meanwhile, President Biden has refused to provide security for Navy Joan, Breitbart News reported in June 2022. Roberts sounded the alarm on the issue after she had received multiple threats from her ex-fiancé — cage fighter Princeton Foster.

Neither Joe Biden nor Hunter Biden have even met the estranged daughter, and the Biden family has faced several controversies over their refusal to acknowledge her.

In December 2021, the White House was forced to remove stockings that were hung up for the Bidens’ grandchildren after they faced backlash for omitting Navy Joan. There were stockings for the president’s other six grandchildren — Naomi, 27, Finnegan, 21, Maisy, 20, Natalie, 17, Robert Hunter Biden II, 15, and Beau, 1. Both Joe Biden and Jill Biden have also omitted the child from comments about how many grandchildren they have.

Hunter Biden also faced controversy recently after it was revealed that he had requested in September 2022 to have his child support payments to Roberts decreased, claiming that his “financial circumstances” made him unable to meet the initially agreed payment amounts.

SCOTUS Investigators Closing In On Suspect In Roe Leak