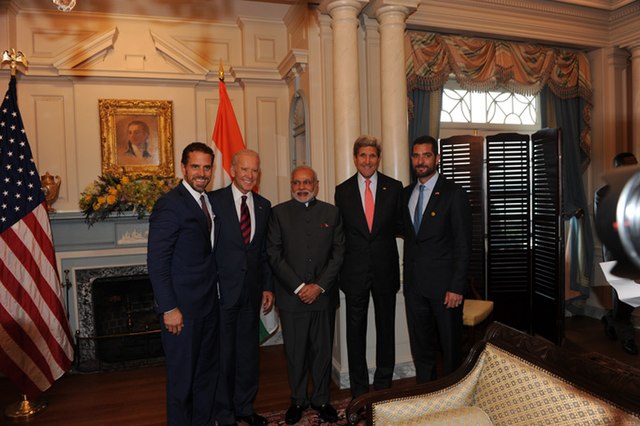 Prime Minister's Office, Government of India, CC BY-SA 2.0 , via Wikimedia Commons
Like Freedom Press? Get news that you don't want to miss delivered directly to your inbox

President Joe Biden’s son, Hunter, has been in the news for years, in large part due to evidence that he sought to cash in on his father’s political power. A significant portion of that money seems to have dried up, however — or so he told an Arkansas court this week in a bid to reduce his child support payments.

The younger Biden and Lunden Roberts, a former exotic dancer, had a child several years ago, though he denied he was the father until a court-ordered paternity test proved that he was.

Since then, he has reportedly refused to meet his daughter and is now fighting to pay even less to support her. As the motion filed earlier this week alleges, “financial circumstances, including but not limited to his income” have made it impossible for him to continue paying the previous monthly amount.

Attorney Clint Lancaster, who represents Roberts, said that the situation will require his team “to look deeply, more deeply, into Hunter’s finances” to determine whether the claim of financial hardship is valid.

“I’m going to want to have a deposition with Mr. Biden,” Lancaster said. “Like last time, I’m going to bring my forensic accountant to the deposition, unless the judge tells me I can’t.”

Some evidence, including reports that Biden pays $12,000 per month to lease his Los Angeles-area home and drives around in a Porsche Panamera, seem to indicate that he is not struggling financially. After all, he can apparently sell his supposed artwork to undisclosed buyers for staggering sums.

Despite her apparently absentee father, Lancaster said that Biden’s daughter is well-adjusted and thriving with her mother.

The elder Biden attracted some negative press after the White House was decorated for Christmas last year. A display in the State Dining Room included six stockings — one of each of the president’s grandchildren except the child born to Roberts.