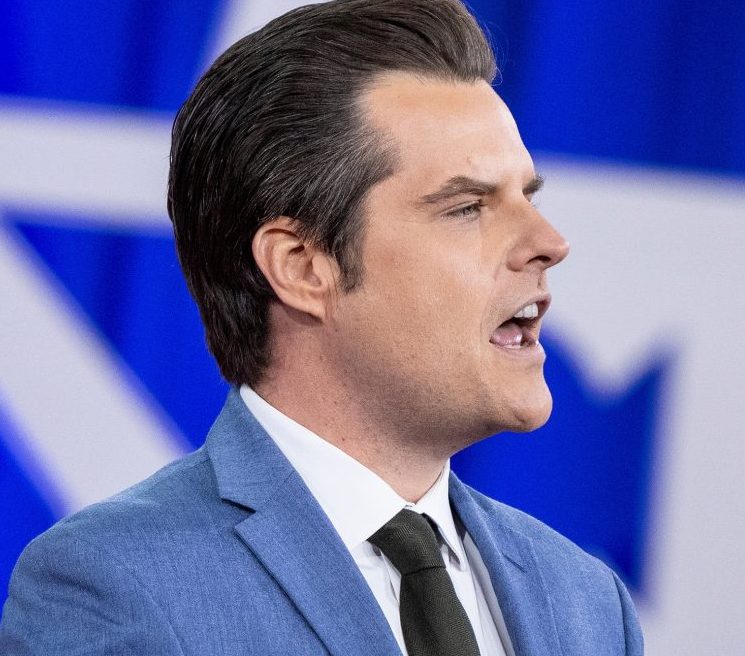 With about 10% of the House GOP caucus standing strong against California Republican Kevin McCarthy’s bid to become the chamber’s next speaker as of Friday morning, his path toward the coveted leadership position remained anything but certain.

Given the House of Representatives’ razor-thin Republican majority, the former minority leader could only afford to lose a handful of votes in order to achieve the 218 necessary to clinch the speakership. After losing the longest string of votes in modern congressional history, D.C. insiders began to speculate about how McCarthy’s effort to replace former House Speaker Nancy Pelosi (D-CA) would play out.

Some pundits have brought up the possibility that Republicans and Democrats could join forces to support a moderate GOP speaker, thus ending the days-long stalemate on Capitol Hill. One of McCarthy’s most ardent opponents, however, does not believe such a scenario is in the cards.

In fact, Rep. Matt Gaetz (R-FL) said he is willing to stake his career on it.

During a Fox News Channel interview, he reacted to host Laura Ingraham’s speculation that McCarthy or another Republican lawmaker might receive enough bipartisan support to “be called ‘speaker’ but essentially both parties share power” in the new legislative session.

Prior to inviting Gaetz on for the interview, Ingraham warned that “the folks opposing McCarthy ought to realize that they are playing with fire here.”

For his part, the Florida Republican was not interested in engaging in such a hypothetical discussion when the host asked if he would be “OK then if there’s ultimately a deal struck with moderate Democrats that gives Democrats co-control of the committees.”

Not only did he declare that it “will not happen,” he cited his insider knowledge of the situation in declaring: “If Democrats join up to elect a moderate Republican, I will resign from the House of Representatives. That is how certain I am.”

Specifically, Gaetz said he is confident that Democrats will not deviate from their consistent and unanimous support for Rep. Hakeem Jeffries (D-NY).

“These 212 Democrats are going to vote for Hakeem Jeffries every single time,” he concluded. “He is a historic candidate for them. They are not going to cleave off under any circumstance.”

John Bolton Says He Will Run For President In 2024