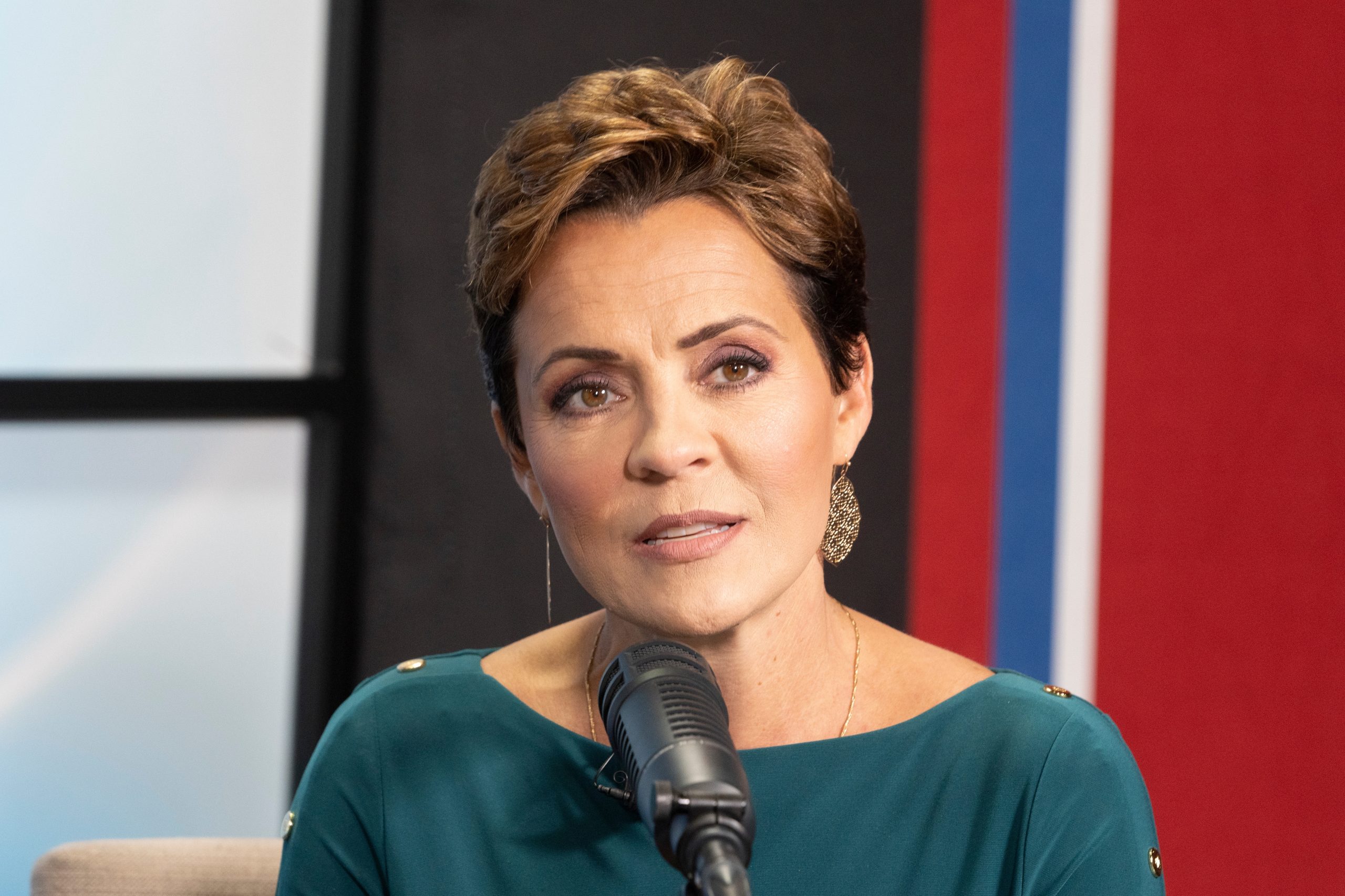 Former President Donald Trump was on the campaign trail again with a rally in Arizona over the weekend.

Republican gubernatorial candidate Kari Lake was on hand to make her case to voters while dismantling the record of her Democratic opponent.

Lake started by criticizing Katie Hobbs’ work ethic, asserting that “she’s taken a page out of her idol Joe Biden’s playbook” by avoiding many public appearances and interviews.

“I call her ‘Basement Hobbs,’” she said, denouncing her opponent for refusing to take part in debates.

Referring to an outspoken audience member, Lake added: “Somebody just said ‘coward.’ I didn’t say it, you did, but I agree with you.”

The GOP candidate went on to attack Hobbs’ record as Arizona’s secretary of state.

“She still has the office closed because of COVID,” Lake said. “Katie, get your butt back in the office and open it up and do the business of the people of Arizona.”

“Katie Hobbs is a twice-convicted racist who has cost the taxpayers of Arizona nearly $3 million in settlements,” Lake said. “That is a fact.”

When the crowd began chanting “lock her up” in connection with Hobbs, Lake offered an alternative.

“I think we should just vote her out, how’s that?” she asked, going on to join the crowd in chants of “vote her out.”

Lake concluded that it is “almost comical” that “the left, who spend all day calling us racist, have actually nominated a twice-convicted racist for governor.”

Expanding her criticism to the Democratic Party in general, she said: “We are not letting Katie Hobbs and their Democrats bring their racist history, when they ran the KKK and opposed civil rights, to Arizona. We the people will not let that happen.”
The battle between Lake and Hobbs is one of the tightest in the country with less than a month left until Election Day. According to the latest aggregate of major polls, the two candidates are in a statistical tie with Hobbs leading by a mere 0.4 percentage points.