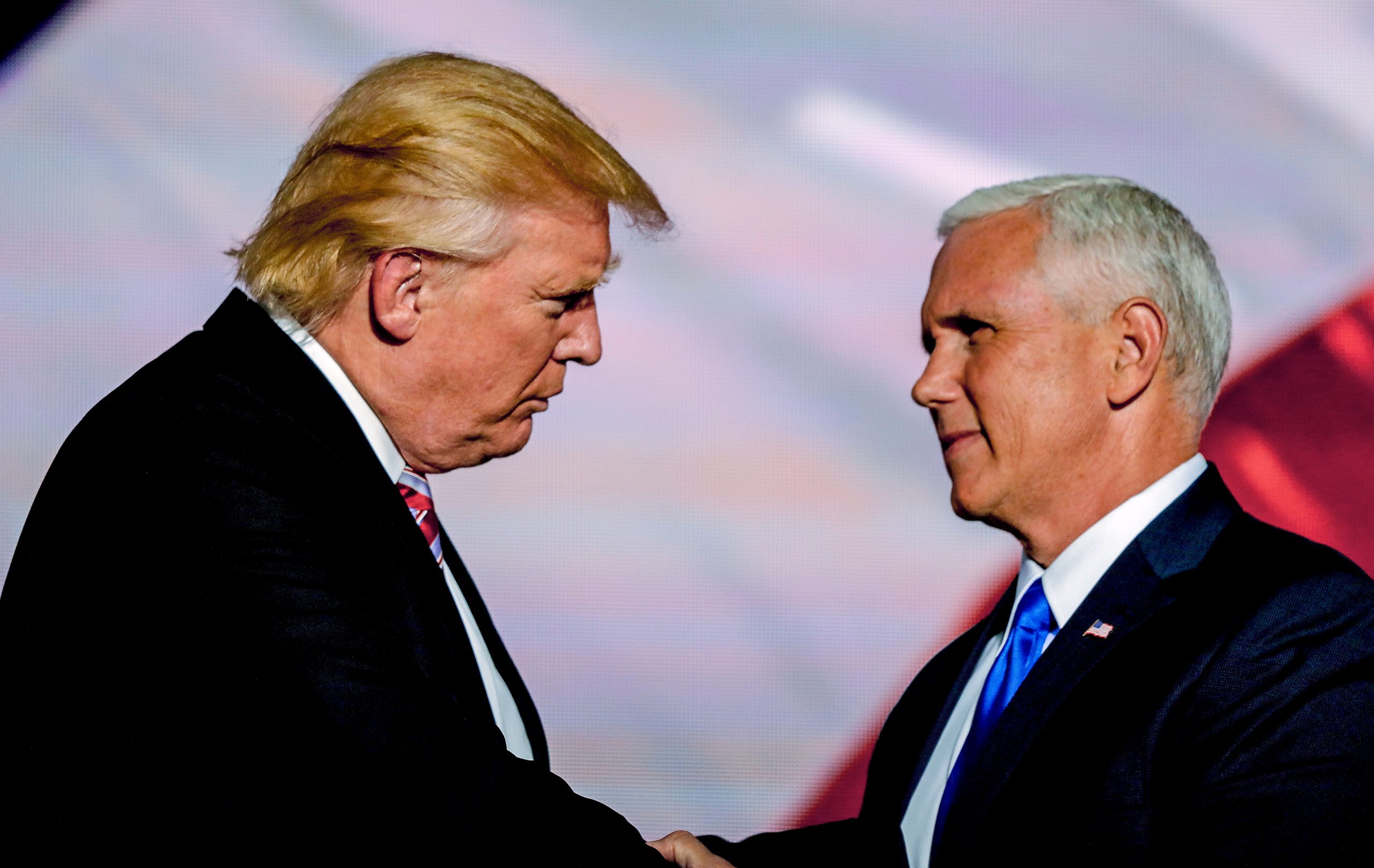 It has become clear in the aftermath of the Trump administration that there is no love lost between former President Donald Trump and former Vice President Mike Pence.

Trump has expressed strong disapproval of his vice president’s refusal to challenge the result of the 2020 election and Pence has landed a few less direct, but nevertheless unmistakable, verbal jabs against his former boss.

The animosity combined with Pence’s clear political ambitions has led to speculation that he might launch a 2024 presidential campaign whether or not Trump decides to throw his hat in the ring once again.

Earlier this week, Pence added fuel to the fire with his response to a question about whether he would support Trump in a hypothetical GOP primary race.

“Well, there might be somebody else I’d prefer more,” he said with a smile and a shrug.

He went on to stress that he is not yet thinking about the 2024 race as next month’s midterms rapidly approach.

“What I can tell you is, I have every confidence that the Republican Party is going to sort out leadership,” Pence said. “All my focus has been on the midterm elections, and it will stay that way for the next 20 days. But after that, we’ll be thinking about the future — ours and the nation’s — and I’ll keep you posted, OK?”

Without directly referencing Trump or the former president’s many supporters on the right, Pence also used his recent forum to call for a return to traditional conservatism, which he said “is bigger than any one moment, any one election, any one person.”

Warning those on the right to avoid the temptation of “unprincipled populism,” he shared his belief that “it is absolutely essential that we articulate a vision for the path ahead.”

While any prospective 2024 announcement appears to be a long way off, it is worth noting that Pence has not dismissed the speculation that he is considering a White House bid. As for Trump, he has been publicly toying with the notion for months.

https://youtu.be/q1zdKTQeL_4
Earlier this month, Trump reportedly told attendees at a fundraiser at his golf resort in Florida that he would make an announcement “very soon” and promised that his supporters would be “very happy” with his decision.