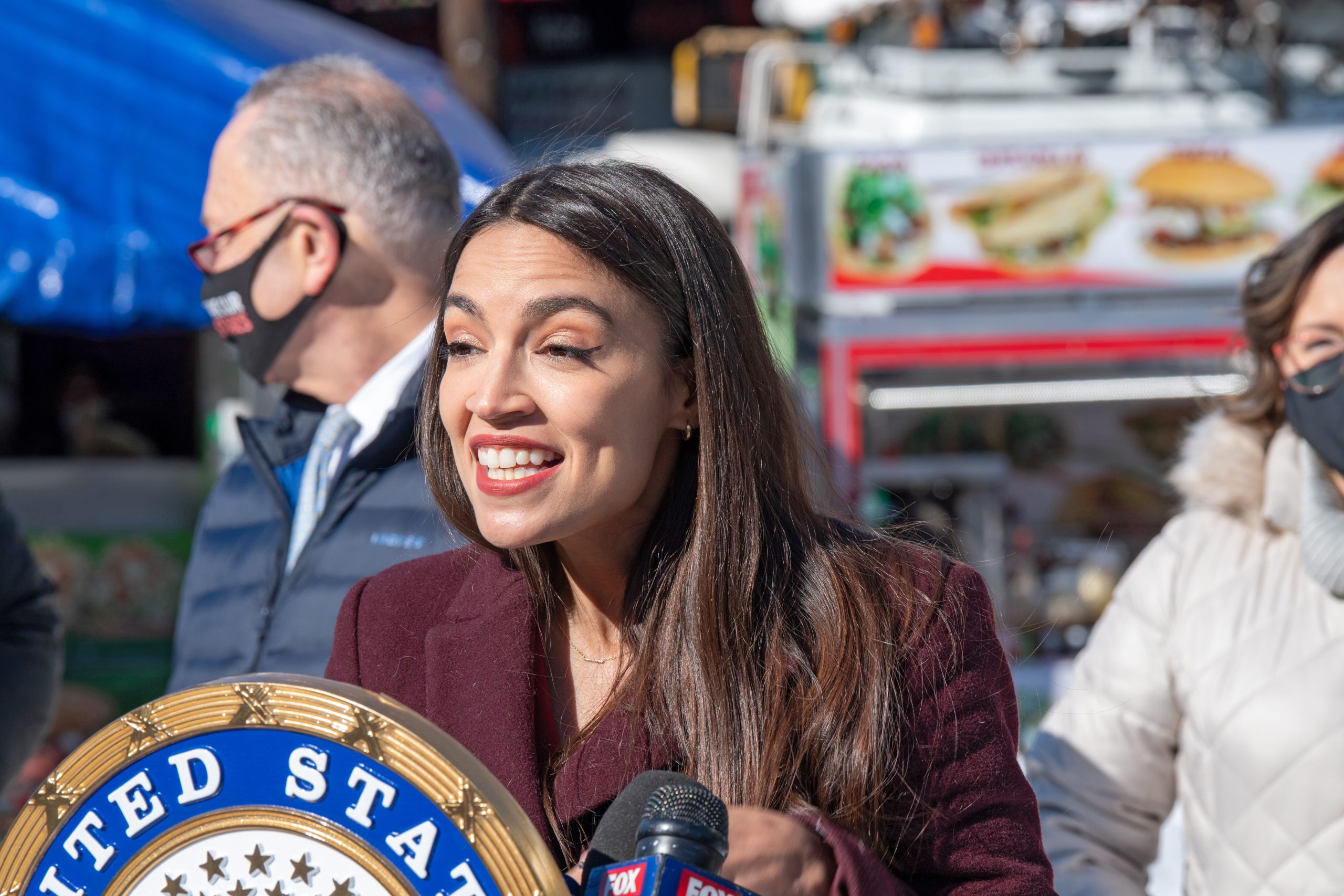 The controversial practice of exposing children to scantily clad and often sexually suggestive displays by drag queens has come under significant scrutiny in recent months as critics argue that minors should not be inundated with such explicit content.

Meanwhile, advocates for events such as so-called “story hours” hosted by drag performers at public libraries say they are opportunities for kids to learn about LGBTQ-related topics.

Ahead of a planned drag queen story hour at a library in New York City, a vocal proponent of such events weighed in by sharing a post on Instagram that called on locals to “defend” the practice against threats “from the far right.”

As independent journalist Andy Ngo revealed in a tweet, U.S. Rep. Alexandria Ocasio-Cortez shared a statement originally posted by the Rolling Library, which planned the story hour for this week.

The post denounced the “violent, loud bigots” who have allegedly “harassed and invaded these events in the city” and expressed plans to similarly protest this one.

“Queer community members and allies will be there to show the fascists they are not welcome, but that kids and drag queens are,” the statement added. “Let’s show NYC’s unwavering support for Drag Story Hour and for queer and trans people, and make a safe, encouraging, and joyful welcome for kids and their grownups as they enter the library.”

Ocasio-Cortez has previously expressed her support for the drag community, including in an appearance on the reality series “RuPaul’s Drag Race.”

Other prominent New York Democrats have joined her in extolling the supposed benefits of drag events geared toward children.

U.S. Rep. Carolyn Maloney (D-NY) confirmed earlier this year that she “had the honor of assisting” in one such story hour held in April.

For his part, New York City Eric Adams issued a statement claiming: “Drag storytellers, and the libraries and schools that support them, are advancing a love of diversity, personal expression, and literacy that is core to what our city embraces.”

Manhattan Institute senior fellow Christopher Rufo detailed the trend in a report arguing that these events are not as innocuous as supporters would like the public to believe.

“As the movement has gained notoriety and expanded its reach, some drag performers have let the mask slip: in Minneapolis, a drag queen in heels and a pink miniskirt spread his legs open in front of children, and in Portland, a large male transvestite allowed toddlers to climb on top of him, grab at his fake breasts, and press themselves against his body,” he wrote.

Professor Admits He Was Wrong In Prior Conservative Critique