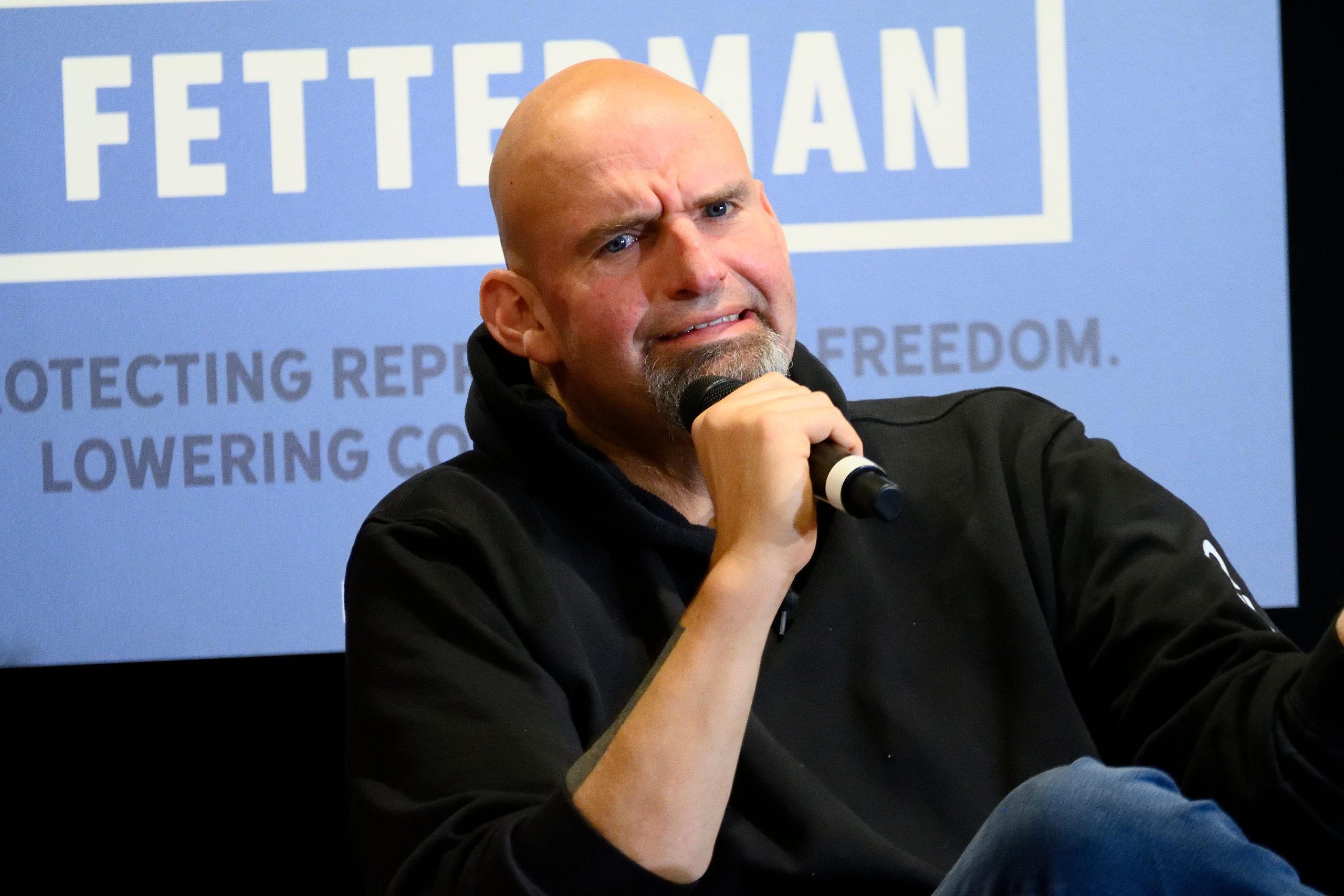 While Pennsylvania Democrat Senate candidate John Fetterman was speaking during a campaign event on Saturday, a sudden gust of wind knocked over all of the American flags behind him.

A clip of the incident — which took place during a rally with former President Barack Obama in Oakland, Pennsylvania — went viral on social media, with many users asserting that it was a metaphor for Fetterman’s and Democrats’ prospects in Tuesday’s midterm elections. Some even claimed that it was a sign from Heaven about the state of the country with Democratic Party in power.

The original clip, which was shared by RNC Research on Saturday afternoon, showed Fetterman standing at the podium looking down at his speech while strong gusts of wind are heard in the background. As the wind hits several large American flags placed behind the Democrat candidate, they topple over one by one.

“John Fetterman’s rally is off to a great start…” RNC Research wrote in the tweet.

As the video went viral, critics took to Twitter to mock the incident as a metaphor for Fetterman’s recent collapse in the polls, Democrats’ chances in the November 8 midterms and the current state of the country under the Democrats’ leadership.

“Everyone was blown over by his charisma,” quipped radio host Michael Berry.

“After listening to @JohnFetterman it might make more sense to fly the American flag upside down,” former Republican Wisconsin Governor Scott Walker responded.

“What a visual for a sunken candidate,” Club for Growth Vice President of Government Affairs Scott T. Parkinson wrote.

Meanwhile, regardless of whether the flags falling down is a sign, Fetterman has been dropping in the polls since his disastrous debate with his Republican opponent, Dr. Mehmet Oz — which is a warning sign about his chances in Tuesday’s midterm election.

Fetterman was leading in the polls consistently throughout the spring and summer, but Oz pulled ahead in most major public polling since the October 25 debate, in which the effects of Fetterman’s stroke and his resulting auditory processing disorder were plainly visible to voters. According to a poll from InsiderAdvantage/FOX 29 Philadelphia, Oz is leading by two percentage points, 48% to 46%. Two additional polls, from Big Data Poll and the Trafalgar Group, both had the same results.