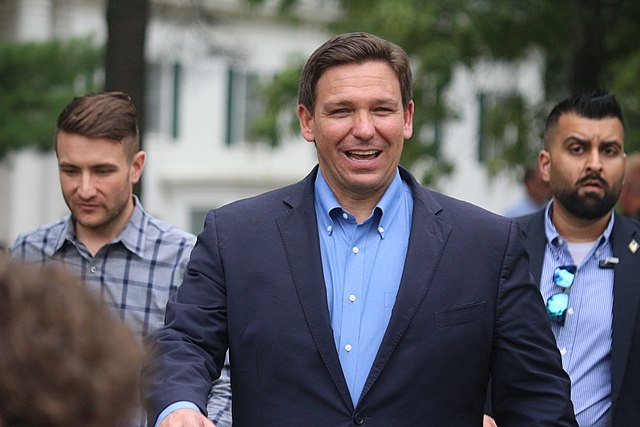 Matt Johnson from Omaha, Nebraska, United States, CC BY 2.0 , via Wikimedia Commons
Like Freedom Press? Get news that you don't want to miss delivered directly to your inbox

From his push for increased parental rights in education to his stance on illegal immigration, Florida Gov. Ron DeSantis has clearly become one of the nation’s most popular GOP politicians in recent years.

His efforts to advance conservative ideals in the state appear to have paid off in the form of a disproportionate number of voters registering as Republicans.

As records show, there are more than 1 million more registered voters in Florida as of July 2022 than there were in October 2018. Broken down by political affiliation, however, it is obvious which party was the big winner.

Over the nearly four-year period, the Democratic Party base grew by just over 17,000 voters. Meanwhile, the GOP added more than 509,000 new voters to the state’s voter rolls.

Not only did the number of registered Republican voters increase by 10%, but it overtook the Democratic Party to become the most popular party in the state.

Florida Republican Party Vice Chairman Christian Ziegler celebrated the statistics, noting that the massive increase in GOP voter registrations appears to have begun when DeSantis was elected governor in 2018.

“Gov. DeSantis is delivering on the important issues, our Florida GOP County leaders are executing on the ground, and voters in every corner of our state are resonating with our record while showcasing a historic rejection of the Democrat Party,” he explained.

Despite the encouraging trend, Ziegler urged Republicans in the state not to take anything for granted, vowing that party leaders “will not take our foot off the gas until Gov. DeSantis achieves victory, freedom in Florida is protected for generations to come, and the Democrat Party is extinct in our state.”

While the governor’s Democratic rivals have attempted to portray him as an extremist, his message is resonating with a wide swath of Florida voters. In fact, a recent USA Today/Suffolk poll in the Sunshine State indicated that Republicans would favor DeSantis over former President Donald Trump in a hypothetical 2024 presidential primary race.

As Suffolk University Political Research Center Director David Paleologos noted: “This doesn’t necessarily mean DeSantis would lead in any other GOP primary state. But it is one data point suggesting a shift in preferences from GOP voters away from Trump and toward DeSantis from Republicans who know both potential combatants quite well.”