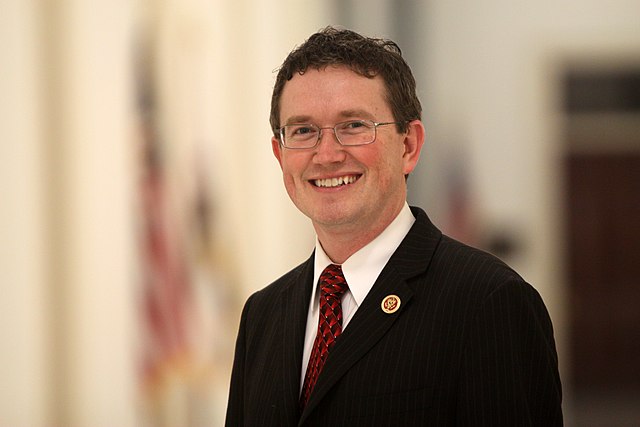 Rep. Thomas Massie (R-KY) is demanding that Congress stop sending taxpayer dollars to Ukraine until there can be both an audit and an inspector general investigation.

During an appearance on Fox News Channel’s “Tucker Carlson Tonight” on Wednesday evening, the Kentucky Republican argued for more scrutiny into the U.S. taxpayer money being used to fund the Ukrainian defense effort.

Massie went on to assert that the U.S. was “on course to spend” approximately double the amount of money in Ukraine that was spent per year on the war in Afghanistan.

“Look, in Afghanistan, we were spending about $50 billion a year,” the GOP congressman said. “We’re on course to spend about twice of that in Ukraine, and we had an Inspector General in Afghanistan. We absolutely need one here.”

“We found all sorts of waste fraud and abuse from Inspector General John Sopko, so we need one here in the Ukraine immediately, and we shouldn’t be spending any more money,” Massie said. “And there’s one other thing we should demand.”

“You know, the guy that you quoted there said, we’ll do it for as long as it takes,” Massie told host Tucker Carlson, referring to General Mark Milley, chairman of the Joint Chiefs of Staff, who said in a statement that the U.S. would support Ukraine for “as long as it takes.”

The Republican congressman then posed a question that many on the right have been asking — what is the “definition of victory” when it comes to this war? How does the Biden administration and the Ukrainian government define success when it comes to battling Russian aggression?

House Republican lawmakers, led by Rep. Marjorie Taylor Greene (R-GA), introduced a privileged resolution on Thursday to audit the funds sent to Ukraine. Democrats will likely vote the resolution down to prevent it from even making it to the House floor, though the Georgia Republican has vowed to introduce the resolution again when Republicans retake the House.

“I’ll introduce this resolution again, but I’ll also be calling for a full audit. We voted ‘no’ to send money over there, but we’re also going to audit what’s happening in Ukraine,” Greene said.