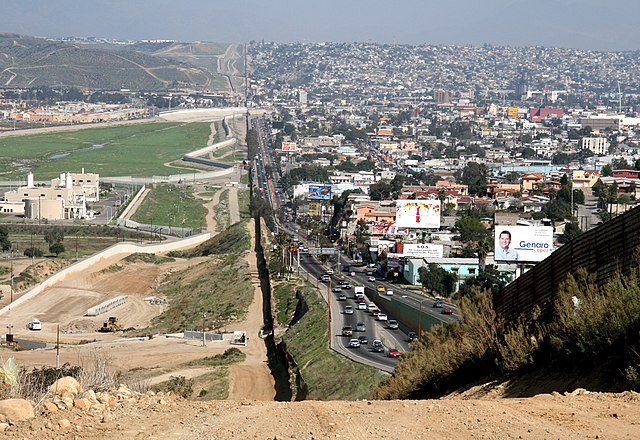 Sgt. 1st Class Gordon Hyde, Public domain, via Wikimedia Commons
Like Freedom Press? Get news that you don't want to miss delivered directly to your inbox

While there are many reasons for the increased crime rate across the United States, much of the lawlessness along the U.S.-Mexico border is clearly tied to the staggering rise in illegal immigration.

For one southern Texas business owner, the constant threat of burglaries and property crime left her with no choice but to sell the once-thriving barbecue restaurant. Selena Buentello Price operated The Wagon Wheel, which her father opened decades ago, until she sold the business amid a troubling spike in crime.

Although there had only been one break-in during the preceding 25 years, Price said that there had been five since February.

“Not only has my business been broken into and ransacked, it’s just the insecurity now,” she said. “You don’t feel safe at home anymore.”

The Wagon Wheel appeared to be at a double disadvantage. First, it had been temporarily closed during the COVID-19 pandemic, making it an attractive target for undocumented migrants looking for a place to stay. Secondly, it was located in Eagle’s Pass, which is in the especially busy Del Rio sector.

In less than a year, Customs and Border Protection agents have recorded more than 375,000 encounters with migrants illegally crossing into the U.S.

Price indicated that there is a migrant processing facility located a short distance from her business.

“Once they are processed — I literally see busloads on a daily basis — they’re just released, and they find sanctuary in anything that’s abandoned or not,” she said, noting that the situation has resulted in a depreciation of the property’s value.

“I’m so scared that they’re going to steal something that was a family heirloom of mine and depreciate the value even more by rummaging through my stuff and breaking that building,” she added.

Faced with the continuing threat of vandalism and an insufficient response by local law enforcement, Price said she was left with the painful decision to sell the business. Even worse, she said, is the fact that migrants have increasingly been trespassing on her residential property.

Republican Texas Gov. Greg Abbott has attempted to address the southern border crisis by relocating a small number of the state’s undocumented migrants to other locations across the nation.

The strategy has attracted fierce criticism from some on the left, but he defended the action in a statement last month, asserting: “In addition to Washington, D.C., New York City is the ideal destination for these migrants, who can receive the abundance of city services and housing that Mayor Eric Adams has boasted about within the sanctuary city.”