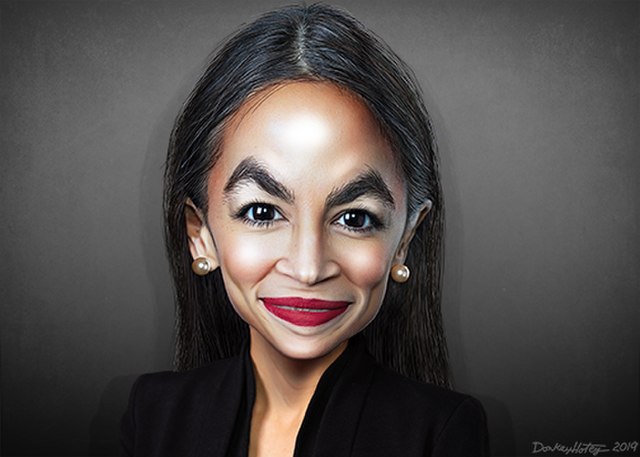 Radical leftist Rep. Alexandria Ocasio-Cortez (D-NY) is facing criticism after she sent out a tweet attempting to compare the anti-hijab protests in Iran to pro-abortion efforts in the United States.

Protests have erupted throughout the Muslim world in response to the death of Mahsa Amini. The 22-year-old woman died after being arrested by Iran’s morality police for failing to follow the country’s rules about wearing the hijab. Law enforcement officials were accused of beating Amini while she was in their custody, but they have denied the allegations.

Ocasio-Cortez decided to compare the protests in response to Amini’s death to the left’s fight for abortion access in a tweet on Friday.

“Solidarity with the courageous women and allies in Iran protesting for their freedom,” the Democrat congresswoman wrote. “Mahsa Amini was senselessly murdered by the same patriarchal and autocratic forces repressing women the world over. The right to choose belongs to us all, from hijabs to reproductive care.”

“[T]he sick delusional motivation to westernize and highjack Amini’s death is disgusting. No, there is no comparison in the west. Stop comparing your ‘struggle’ to theirs. It’s not the same and it’s disgusting,” one Twitter user responded.

“Using the Iranian struggle for freedom to bolster her abortion stance. Classy,” another critic wrote.

“There’s no connection btwn Hijabs and abortion. Shut up if you had nothing good to say about the Iranian women instead of soiling their demonstrations with your dirty far left nonsense,” another Twitter user said.

“So, allowing women to choose not to where the hijab will lead to widespread elective abortion in Iran? Way to go, moron. You just gave the mullahs more reason to crack down on the protestors,” another critic pointed out.

Some of the anti-hijab protests have been met with violent repression by law enforcement. Footage of the protests have been shared on social media to help bolster the global effort to fight to eliminate laws enforcing the hijab and other religious garb.

“Iranians may be silenced by their government, but that does not mean the world has to be silent,” Iranian-American journalist Yashar Ali tweeted, referring to the violence from police.