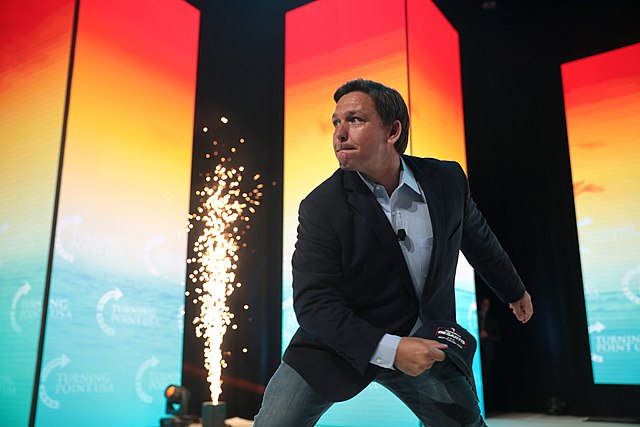 After GOP Govs. Greg Abbott and Doug Ducey of Texas and Arizona, respectively, attracted attention for busing undocumented immigrants from their states to Democratic-led areas including New York and D.C., Florida’s Republican governor got in on the action earlier this week.

Despite the criticism, DeSantis defended his actions and vowed that it was “just the beginning” of his state’s response to the federal government’s lax border policies.

“Now we see, in New York and D.C., they used to beat their chests when Trump was in office, saying they are sanctuary jurisdictions,” he said. “Then the minute Texas starts busing there, they get very bent out of shape about it.”

Now that GOP-led border states have “an infrastructure in place” to send migrants to such so-called sanctuary cities, he affirmed: “There is going to be a lot more that’s happening.”

Specifically, he vowed to “put this issue on the front burner” and make use of $12 million in the Florida budget set aside to send undocumented immigrants out of the state.

“So they’ve been in Texas, identifying people that are trying to come to Florida, and then offering them free transportation to sanctuary jurisdictions,” he said.

In separate remarks, DeSantis took aim at Newsom over the latter’s denunciation of the migrant relocation plan. Calling the effort “disgraceful” and a disingenuous ploy to raise his political profile, Newsom said: “It’s almost monstrous, and I say that not lightly. I say that quite thoughtfully. He’s got kids. I have kids. You saw those young girls with backpacks, no older than his children, my children, being used as political pawns, and now he’s using it to fundraise.”

Asked for a response to the harsh criticism, DeSantis quipped: “All I can say is I think his hair gel is interfering with his brain function.”

Meanwhile, Abbott has pushed forward with his state’s plan. On Saturday morning, another bus arrived outside of Vice President Kamala Harris’s residence in D.C. — just two days after a pair of buses dropped off migrants in the same location.

The Texas governor defended his policy in a statement on Thursday, asserting: “The Biden-Harris administration continues ignoring and denying the historic crisis at our southern border, which has endangered and overwhelmed Texas communities for almost two years.”