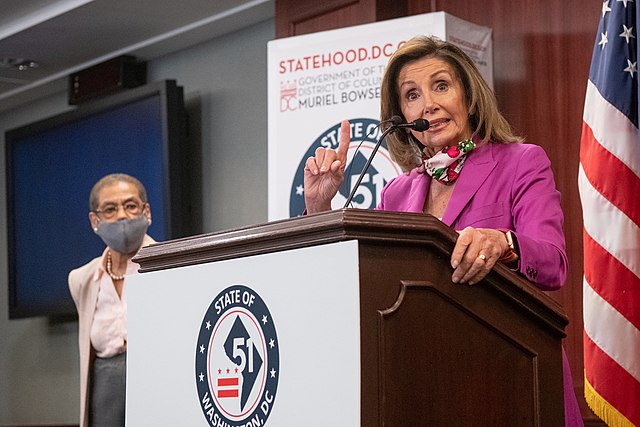 United States Congress, Office of Nancy Pelosi, Public domain, via Wikimedia Commons
Like Freedom Press? Get news that you don't want to miss delivered directly to your inbox

With just over two weeks until Election Day, all of the midterm momentum appears to be on the GOP side of the aisle. Americans continue to cite the economy — and inflation in particular — as a top priority in determining who deserves their vote.

While Democratic leaders have tried to downplay economic concerns or ignore the issue altogether, a growing number of leftist politicians and pundits are now second-guessing that strategy.

In a recent interview, U.S. Rep. Ro Khanna (D-CA) acknowledged that he does not believe the party’s “economic message has been loud enough or sharp enough.”

“Inflation never should have been downplayed,” he asserted. “Working-class folks are getting hit hard by inflation and we need to make clear that we understand what is going on, we know that people are having a tough time and we are with them in this fight.”

Even House Speaker Nancy Pelosi (D-CA) offered an uncommonly candid assessment recently, concluding that candidates in her party will “have to message it better” when discussing inflation ahead of next month’s election.

She immediately couched her concerns by echoing the rhetoric employed by President Joe Biden and others, claiming: “Inflation is there, but it’s global and not as bad as it is in some countries.”

Nevertheless, liberal activists including a spokesperson for the group Justice Democrats took aim at Pelosi for daring to admit that inflation is taking a toll on voters.

Perhaps the harshest assessment came from Sen. Bernie Sanders (I-VT), who caucuses with Democrats and admitted that he is “worried about the level of voter turnout among young people” who are more concerned about the economy than the liberal causes that most Democratic leaders have prioritized throughout the current election cycle.

“I think it’s important that when we talk about inflation, Republicans will say, well, this is Joe Biden’s fault,” he said, affirming that the “inflation rate is much too high” due to a range of factors.

“We need an aggressive government that says we’re on your side, not on the side of the billionaires,” Sanders concluded.