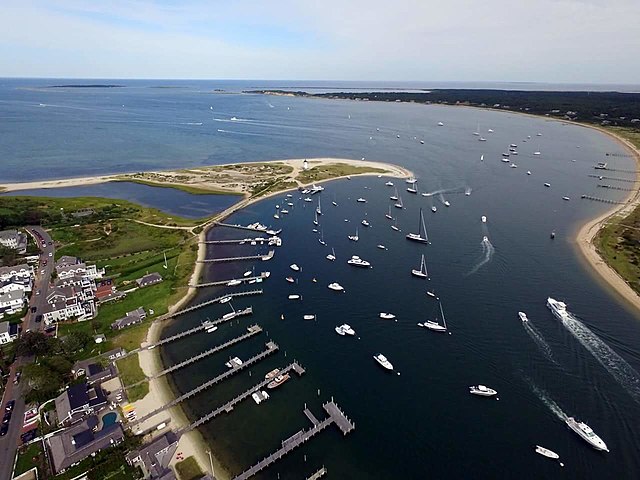 Photograph by D Ramey Logan, CC BY-SA 3.0 , via Wikimedia Commons
Like Freedom Press? Get news that you don't want to miss delivered directly to your inbox

Illegal immigrants deported off of Martha’s Vineyard have said that they want to return to the island because of how “beautiful” it is.

Last week, Florida Gov. Ron DeSantis transported 50 illegal immigrants on two planes to Martha’s Vineyard, an island off the coast of Massachusetts where the wealthy elite have their summer homes, including former President Barack Obama.

Less than 48 hours after the illegals arrived on Martha’s Vineyard, officials on the island declared a “humanitarian crisis,” claiming that they were experiencing a “housing crisis” that prevented them from providing shelter to the 50 illegal immigrants, despite the fact that many of the mansions on the island were currently vacant for the off-season.

Due to the supposed “humanitarian crisis,” Massachusetts Gov. Charlie Baker (R) intervened, transporting the illegals off of the island to Joint Base Cape Cod.

Catholic Charities have revealed that the illegals would love to return to Martha’s Vineyard because of “how beautiful” it is.

“Since Sept. 18, the migrants have been staying in temporary accommodations at Joint Base Cape Cod. Mazzarella said a few of them said they plan to stay with family and friends in New York. Three said they wouldn’t mind returning to Martha’s Vineyard because of ‘how beautiful’ the island is,” according to the National Catholic Reporter.

Meanwhile, some Martha’s Vineyard residents have suggested that the Obama family provide their seven-bedroom, 8.5-bathroom estate to the illegals who wish to return to the island.

Breitbart notes that, “To house the 50 illegal alien arrivals, residents only needed to open just five Martha’s Vineyard homes so long as each could sleep 10 guests. To Breitbart News’s knowledge, no residents opened their homes to the arrivals.”

Record Number Of New Yorkers Flee To Florida In August