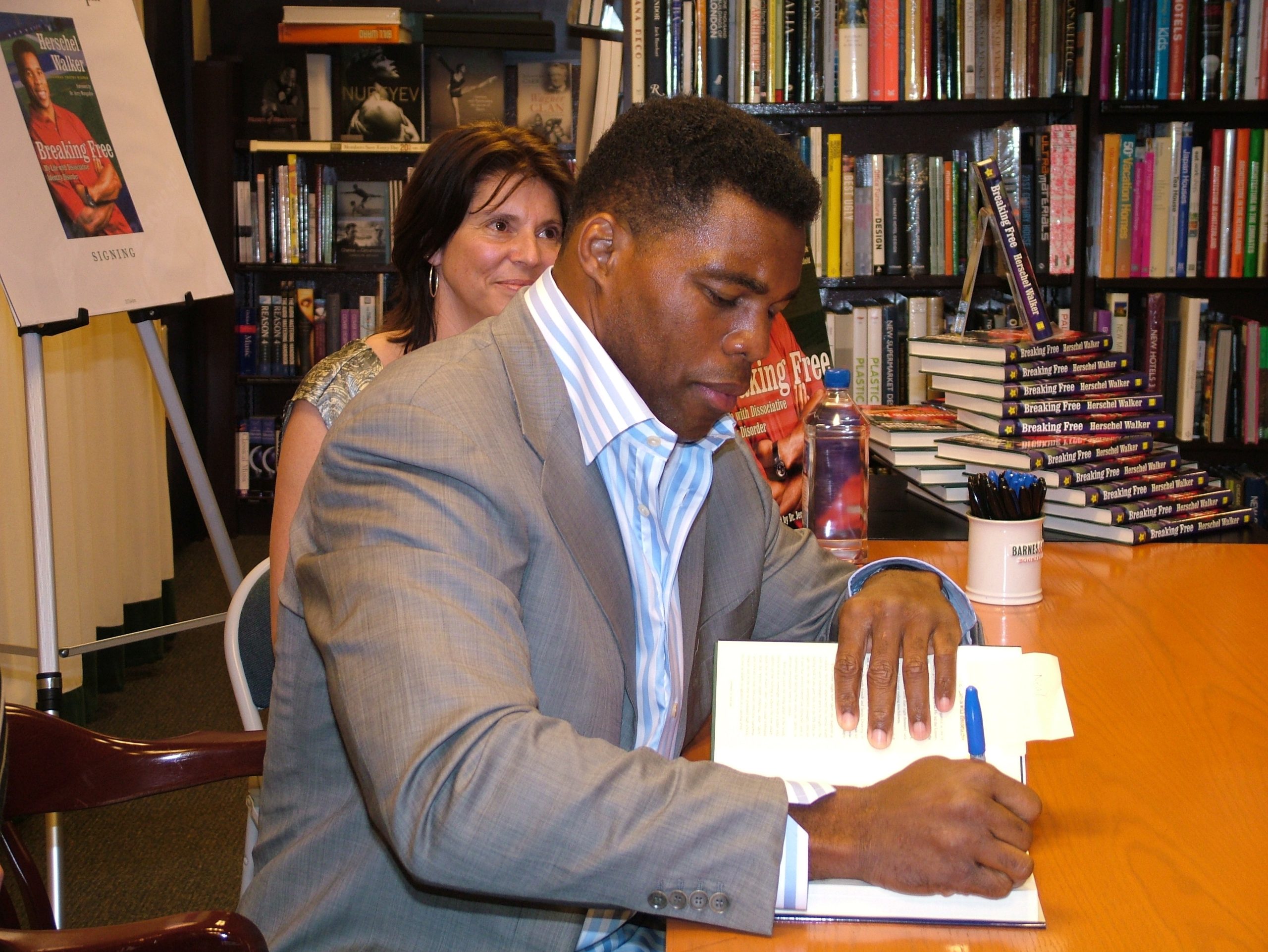 A video of Walker’s press conference was shared on YouTube by Forbes, though the protester’s comments are not included.

Warnock, Ebenezer Baptist Church’s senior pastor and Walker’s opponent in the Senate race, has been under fire after it was revealed that his church had tried to evict tenants for late rent during the COVID pandemic.

According to reporting from Fox News, the protester outside of Walker’s campaign event called him a “house n—r.” Multiple witnesses heard the protester shout the slur, including campaign staffers for Walker and members of the media, the outlet noted.

“This is all a stunt. He’s nothing but a house n—,” the protester, who identified himself as Maceo Fletcher, allegedly shouted at the Republican candidate.

A Walker campaign staffer also told Fox News that he had heard the protester say: “He’s a joke. He tap dances, and he’s a house n—.”

When the Republican candidate’s campaign staffers questioned the protester about his racist language, he reportedly refused to respond.

According to a spokesperson for Walker’s campaign, the protester was actually a Warnock donor who goes by a different name than the one he provided — though those claims have not been verified.

Columbia Towers is located in MLK Village in downtown Atlanta, which is a facility that caters to the “chronically homeless” and those with “mental disabilities.”

The facility was sued a dozen times during the pandemic, according to Breitbart News. Information from one of the most recent lawsuits shows that a tenant had been asked to leave the apartment building over $4,900 in late rent — which is just over half of the amount the church provides to Warnock for his monthly housing allowance.

Walker recently sent out a press release announcing that he would be paying the back rent for tenants being evicted by Warnock’s church.

“I have never known a preacher that likes abortion even after birth, won’t pay his child support, and evicts poor people to the street,” the press release stated. “I will personally pay the $4,900 in past due rents listed in this article to keep Reverend Warnock from evicting these people.”