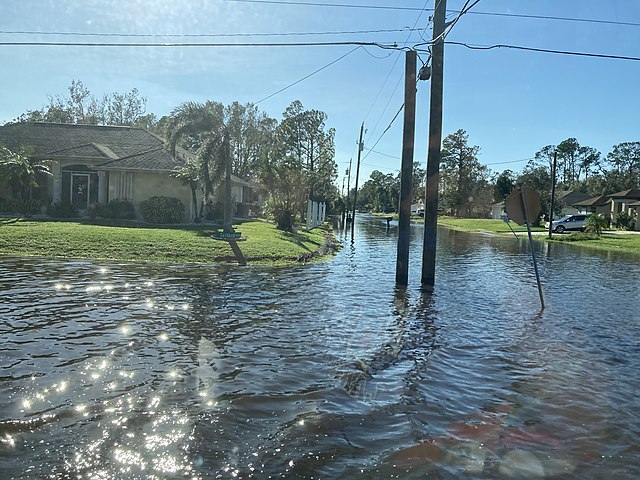 PCHS-NJROTC, CC BY-SA 4.0 , via Wikimedia Commons
Like Freedom Press? Get news that you don't want to miss delivered directly to your inbox

Left-wing news outlet Politico is being blasted on social media after they published an article referring to taxpayer money as “Biden’s wallet” during an attempt to attack Florida Gov. Ron DeSantis (R).

While trying to smear the governor, Politico attempted to suggest DeSantis was hypocritical for accepting federal aid to assist with the response to Hurricane Ian, a Category 4 storm that has left devastation in its wake.

“Gov. Ron DeSantis has been a persistent critic of President Joe Biden on nearly every policy front as he moves toward a likely potential 2024 presidential bid. But the Florida Republican likes one thing about the president: his wallet,” the article read.

The article continued to try to make its point by citing other federal money Florida received during the COVID pandemic.

Responding to Politico’s tweet about the article, critics condemned the news outlet for its misleading attack against DeSantis.

“What the hell is this? Biden’s personal wallet, or the US Treasury?? Every governor has received those funds. Newsom uses them for his pet projects. Where is your hit piece there?” Red State editor Jennifer Van Laar responded.

“I realize that basic civics isn’t a strength among many national reporters, but federal money doesn’t belong to the President. I get why it might be confusing because he keeps trying to spend it without Congressional authorization, but that’s not how our system works,” another Twitter user wrote.

“Should Gavin Newsom have turned down all federal budget money when Trump was president? This is a weird story,” said reporter Zaid Jilani.

“The characterization of disaster relief as coming from ‘the president’s wallet’ is too stupid for words,” another critic replied.

“The President absolutely does not have a wallet, but a major DC publication referring to taxpayer funds as ‘the President’s wallet’ sort of helps explain why everyone is ok with him acting like he does,” commentator Matt Whitlock responded.

“I strongly dislike the phrase ‘the president’s wallet.’ It’s the federal treasury, filled with the taxpayers’ dollars, which are allocated by Congress,” said Conor Friedersdorf, writer at the Atlantic.

A spokesperson for DeSantis also responded to Politico’s attack, stating: “Give it a rest with amplifying all the critics. As the governor said earlier, we have no time for politics or pettiness.”

“Americans in any state hit by a disaster are entitled to federal disaster relief funds, whether or not you approve of the governor. The media disgusts me more every day,” said Christina Pushaw, the rapid response director for the DeSantis campaign.