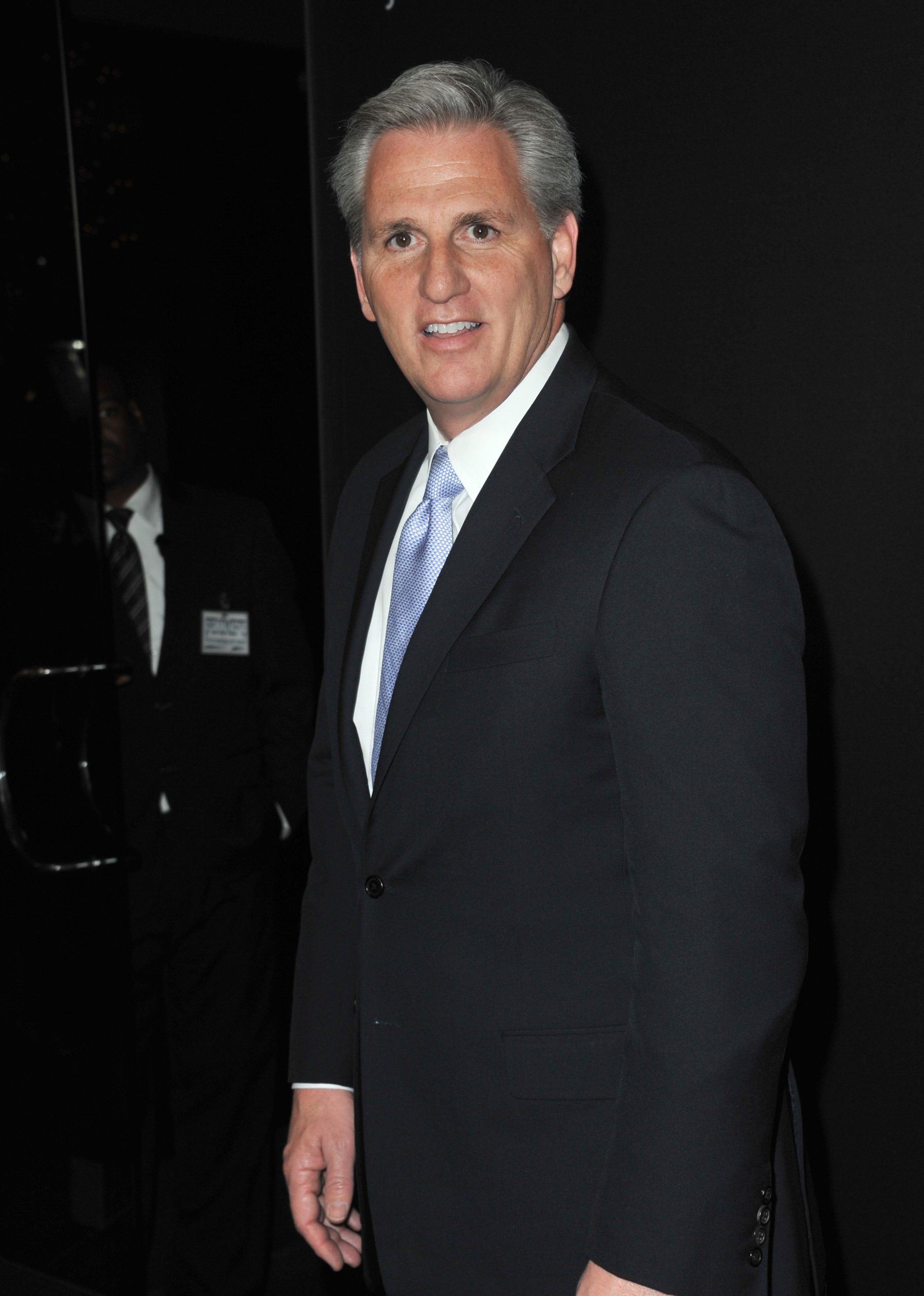 No speaker race has lasted 15 rounds or more in 163 years, since the 1856 race in which 133 ballots were cast over a roughly two-month span. The last time a speaker race took more than one ballot was in 1923, when reelecting then-Speaker Frederick Gillett (R-MA) took nine votes.

Meanwhile, Friday night’s speaker vote was especially dramatic — as a physical altercation took place where one McCarthy supporter appeared to try to instigate a fight with one of the Republican holdouts, but was held back by another member.

McCarthy and Rep. Matt Gaetz (R-FL) had a tense discussion shortly after the failed 14th vote, and McCarthy then walked away. It is unclear what the two discussed. As McCarthy walked away, Rep. Mike Rogers (R-AL) stepped up to Gaetz and leaned over the three lawmakers seated between them to shout something at him.

Just as Rogers began to yell and get into Gaetz’s face, another member — Rep. Richard Hudson (R-NC) — grabbed Rogers, put his hand over his mouth and pulled him away from the confrontation.

Gaetz was one of 20 Republican lawmakers who had continuously voted against McCarthy throughout the entirety of the speakership debacle. As a significant number of conservative voters have continued to express their frustration with the GOP nominating establishment RINOs into leadership positions, Gaetz and other Republican lawmakers stood up for those voters and their wishes.

Many of the Republican holdouts were members of the House Freedom Caucus. Knowing that McCarthy was almost guaranteed the speakership with roughly 200 votes in his favor already, the holdouts sought various structural changes to the House and other commitments from McCarthy in exchange for their votes — hoping to at least be able to shift some of the power away from leadership and toward rank-and-file members, as well as to Freedom Caucus members specifically.

Included in their demands were requests to bring the motion to vacate the speaker’s position down to a one-member threshold and to put more members of the Freedom Caucus on the Rules Committee. The Republican holdouts also requested budgetary provisions and vows to bring votes on certain legislation to the House floor.

One of the holdouts, Rep.-elect Anna Paulina Luna (R-FL), shared a list of some of the demands in a tweet on Friday.

While there were originally 20 holdouts, more than half of them ended up changing their vote to McCarthy on Friday morning — leaving the pressure resting in the hands of just six Republican lawmakers who could derail McCarthy’s plans.

In the end, those six members — Reps. Andy Biggs (R-AZ), Matt Gaetz (R-FL), Lauren Boebert (R-CO), Bob Good (R-VA), Matt Rosendale (R-MT) and Rep.-elect Eli Crane (R-AZ) — chose to vote “present” in the 15th round, which meant that their vote would not count toward the final tally. This effectively assured McCarthy’s speakership, though it allowed the six holdouts to still refuse to give him their full support.

John Bolton Says He Will Run For President In 2024