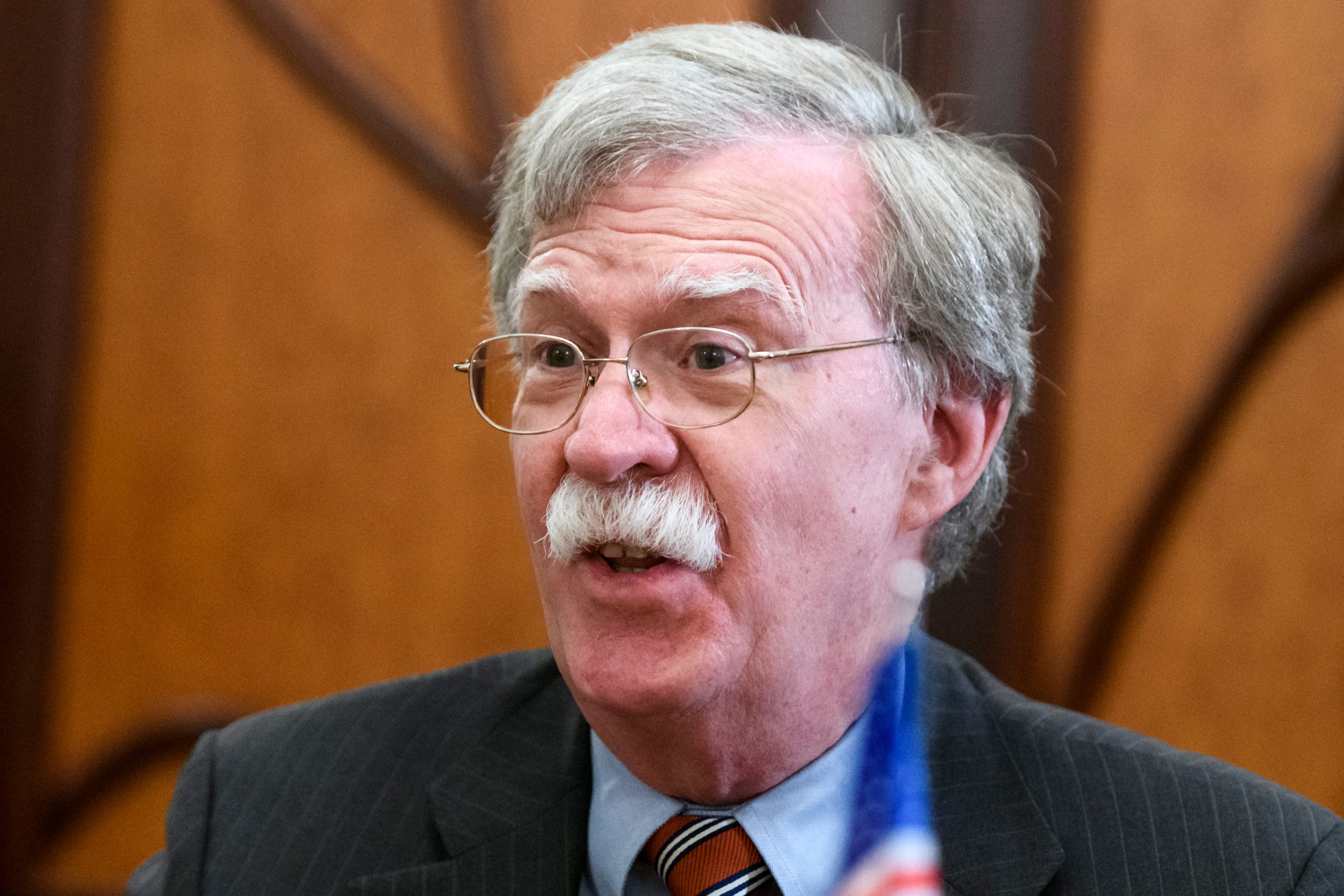 Former White House national security adviser John Bolton has announced that he will run for president in 2024 — claiming that he has the votes to beat his old boss, former President Donald Trump, for the Republican nomination, citing so-called “terminal decline” in Trump’s support.

Speaking with ITV’s “Good Morning Britain” on Friday, the 74-year-old political consultant — who has been criticized for being a warmonger — said that he was primarily running because the U.S. needs a “much stronger foreign policy.”

“I wouldn’t run as a vanity candidate. If I didn’t think I could run seriously then I wouldn’t get in the race,” Bolton said.

“I would get in to win the nomination and I would do it primarily on the basis that we need a much stronger foreign policy,” he added.

Bolton specifically noted that he wants to derail Trump’s 2024 campaign. He has been in a feud with the former president for years now, constantly trying to undermine Trump — who has called Bolton a “liar,” a “dope” and a “disgruntled boring fool.”

“I think Trump’s support within the party itself is in terminal decline,” Bolton claimed.

Meanwhile, Bolton has never actually had much support within the Republican Party, other than within the neocon establishment in Washington, D.C., who have kept him on hand as a consultant on matters of foreign policy.

He has appeared to be especially bitter towards Trump because the former president publicly fired him in September 2019 after the two clashed over issues related to North Korea and Afghanistan. While Trump wanted to keep the U.S. out of foreign wars, Bolton has always appeared to want to keep the country entangled in overseas conflicts — at one point even gloating about the possibility of war in Iran by stating that “before 2019, we here will celebrate in Tehran!”

Now, Bolton thinks that his aggressive foreign policy stance, often involving pushing for foreign intervention, will somehow give him the upper hand over other Republican candidates in the 2024 presidential election.

“I think it’s important that it’s understood not just in Moscow, but it’s understood in places like Beijing, that unprovoked aggression against your neighbors is not something the United States and its allies will tolerate,” he said.

Bolton, who has served in the last four Republican presidential administrations, previously discussed considering running for president during an interview with NBC News — while once again trying to attack Trump by claiming that he was trying to “undercut” the Constitution.

“If I don’t see that, I’m going to seriously consider getting in,” Bolton told the outlet at the time, later adding: “I think to be a presidential candidate you can’t just say, ‘I support the Constitution.’ You have to say, ‘I would oppose people who would undercut it.’”

It’s currently unclear how Bolton’s previous admission that he helped plan foreign coups will affect his 2024 campaign, as the controversial statement led to significant backlash from both sides of the aisle, losing him what little support he did have.

“As somebody who has helped plan coups d’état – not here, but other places – it takes a lot of work,” Bolton said during an interview with CNN in July 2022.