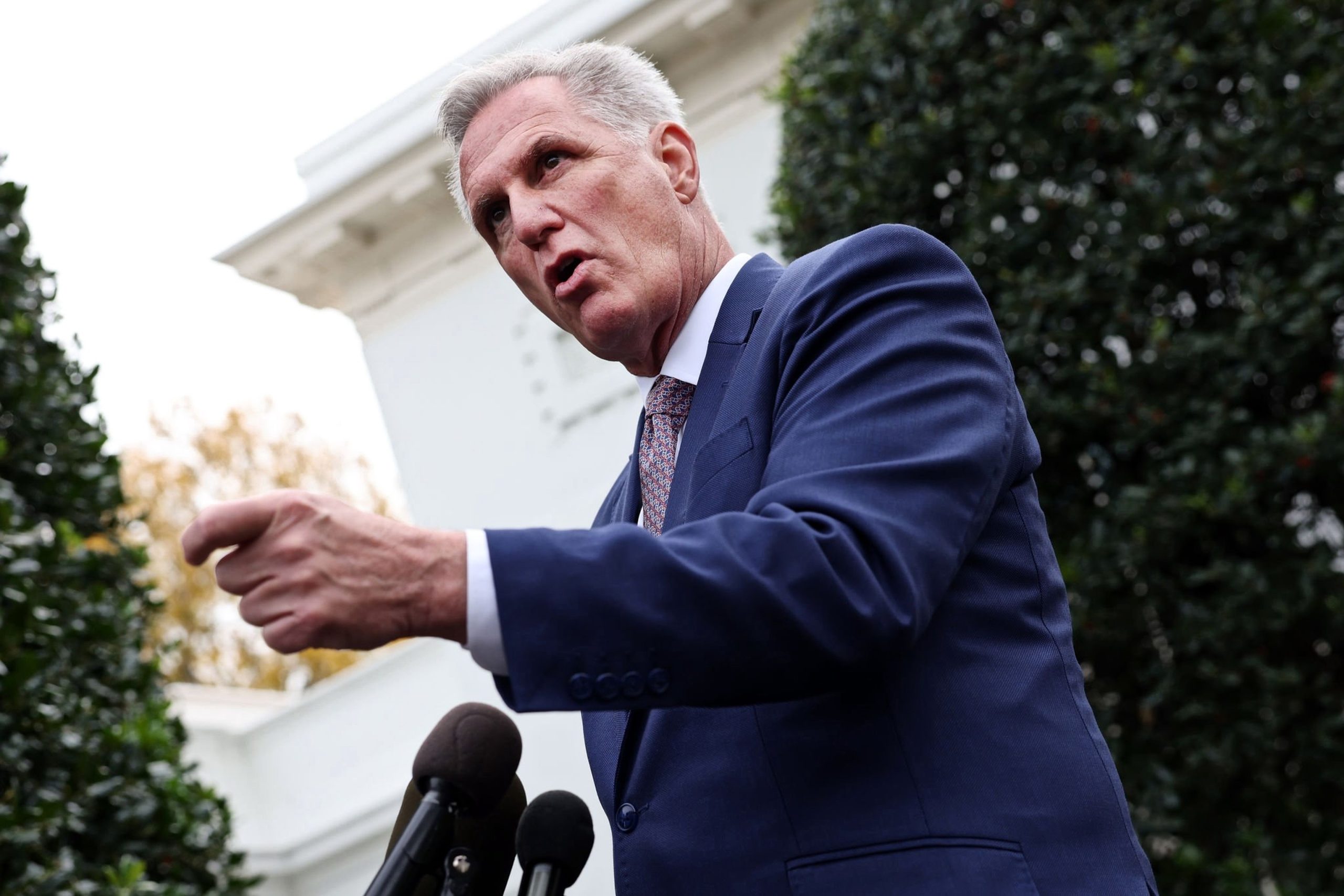 House GOP Leader Kevin McCarthy (R-CA) — who is expected to become Speaker of the House when Republicans gain control of the chamber in January — has joined 13 other Republicans in vowing to tank any priorities of GOP senators who vote in favor of the 4,155-page, $1.7 trillion omnibus spending package, which was negotiated with Democrats before a new GOP majority could take control of the House.

According to reporting from Breitbart News, “The omnibus bill includes $773 billion in domestic spending with $5 billion worth of earmarks and $45 billion for Ukraine’s border defense. The White House only asked for $37 billion for that item, far less than McConnell and Democrats have budgeted in the bill.”

On Tuesday, 13 Republican House members — including Reps. Chip Roy (R-TX), Matt Gaetz (R-FL), Scott Perry (R-PA) and Andy Biggs (R-AZ) — signed a letter vowing to block any priorities of Republican senators who rushed to support the Democrats’ omnibus deal that is being crammed through the lame duck session just days before Congress leaves for Christmas.

“At the very least, due respect for Americans who elected would call for not passing a ‘lame duck’ bill just days before members fly home for Christmas and two weeks before a new Republican majority is sworn in for the 118th Congress,” the letter read. “Senate Republicans have 41 votes necessary to stop this and should do so now.”

The conservative lawmakers argue against passing the legislation, claiming that it continues the status quo in Washington, D.C., as it allows the federal government to “spend more money we do not have” while the U.S. is $31 trillion in debt.

“We are obliged to inform you that if any omnibus passes in the remaining days of this Congress, we will oppose and whip opposition to any legislation priority of those senators who vote for this bill – including the Republican leader,” the lawmakers threatened.

Following the release of the Republicans’ letter, McCarthy spoke out in support of their threats.

“Agreed,” the GOP leader tweeted. “Except no need to whip—when I’m Speaker, their bills will be dead on arrival in the House if this nearly $2T monstrosity is allowed to move forward over our objections and the will of the American people.”

Meanwhile, McConnell has celebrated the massive omnibus spending spree, saying that he was “proud” that establishment Republicans were able to get all of their “priorities” packed into the bill under a Democrat-controlled government.

“I’m pretty proud of the fact that with a Democratic president, Democratic House, and Democratic Senate, we were able to achieve through this Omnibus spending bill essentially all of our priorities,” he said during a press conference.

Of course, this once again proves that McConnell lied about his commitment to opposing Democrat spending — as he previously dubbed himself as the “grim reaper” while promising that he would oppose spending for “liberal domestic purposes.”

“If I’m still the majority leader of the Senate after next year, none of those things are going to pass the Senate,” McConnell said in April 2019. “They won’t even be voted on. So think of me as the Grim Reaper: the guy who is going to make sure that socialism doesn’t land on the president’s desk.”

Despite his claims, McConnell has enabled much of the Democrats’ agenda over the past two years.

Omnibus Spending Bill All About The Pork