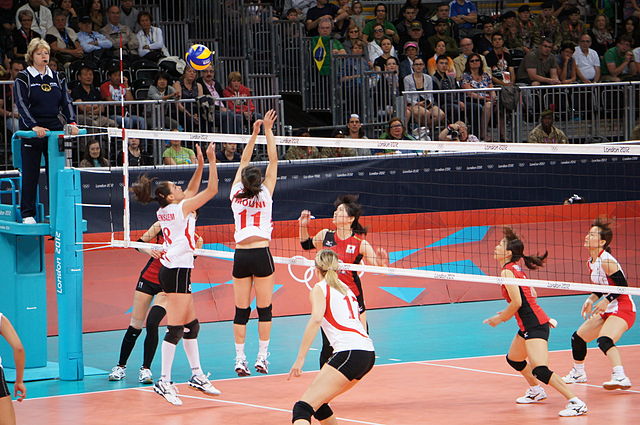 cdephotos, CC BY 2.0 , via Wikimedia Commons
Like Freedom Press? Get news that you don't want to miss delivered directly to your inbox

Concerns about unfair competitive advantages for trans female athletes was on stark display recently during a high school volleyball game in North Carolina.

According to reports, a trans player on the Highlands High School team spiked the ball with such force that it caused serious injuries to a female player on the opposing team. As a result, the Hiwassee Dam High School and all other schools in the Cherokee County district have forfeited future games against Highlands.

The board of education voted 5-1 in favor of the move, citing the safety of students as its motivation.

As video of the game revealed, the injured player was knocked to the ground and unable to stand up on her own for roughly a minute thereafter. She has reportedly suffered from vision problems, head and neck injuries, and symptoms similar to those of a concussion.

In its decision, the board wrote that the district “will not participate in any volleyball games, varsity or junior varsity, against Highlands due to safety concerns.”

One board member vowed to “never put a child in a position to be seriously injured.”

Although Joe Wood acknowledged that the odds of such injury is probably low, he added that “in this meeting, a coach of 40 years said they’d never seen a hit like this,” which was all he needed to know in order to vote in favor of forfeiting future games.

Board Vice Chairman Jeff Martin acknowledged underlying concerns about allowing transgender athletes to play alongside biological females, explaining: “The competitive advantage issue certainly has to come up in any scenario with that type of transgender conversion, per se.”

He stressed that “the board wasn’t searching out this kind of thing,” noting that the issue “was brought to our attention based on safety concerns.”

A number of prominent athletes, including tennis legend Martina Navratilova, have expressed concerns about an unfair competitive advantage among trans females.

“Its not about excluding transgender women from winning, ever,” she said earlier this year. “But it is about not allowing them to win when they were not anywhere near winning as men. You try to keep it as close as possible to what it would have been had you been born in the female biological body in the first place.”