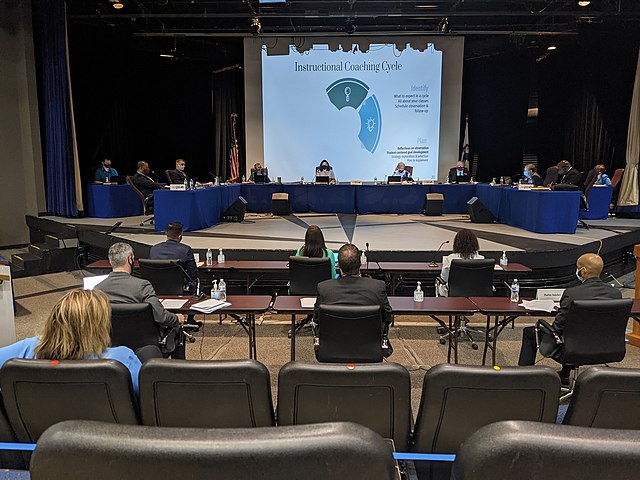 Mysterymanblue, CC0, via Wikimedia Commons
Like Freedom Press? Get news that you don't want to miss delivered directly to your inbox

GOP leaders and conservative pundits nationwide have pushed back against leftist school boards and education policies that seek to exclude parents from the process of developing controversial curricula.

Ahead of next month’s midterm elections, it appears that an overwhelming majority of parents are similarly disgusted with the direction of the Biden administration and Democratic officials in general.

In a recent Monmouth University survey, a whopping 69% of parents with children living in their home said they disapprove of the current administration, compared to just 24% who gave Biden positive marks.

For his part, Youngkin expressed confidence that the issue will rally voters in a bid to restore a GOP majority on Capitol Hill. During a Fox News Channel interview, he declared that parents are “tired of their schools being in a state of chaos where they shut unnecessarily for an extended period of time, their kids suffered, and parents have been shut out of their kids’ lives.”

Referencing the referendum he received from voters last year, the governor predicted that a similar trend will materialize in the upcoming election.

“I see it happening across the nation and I think this is going to be a big moment for Republican gubernatorial candidates,” Youngkin said.

A growing number of concerned parents have been speaking out against their local school boards in recent months, including a North Carolina pastor who lashed out at administrators in Wake County earlier this week.

“Luke 17:2 says, ‘It is better for a person to have a millstone tied around their neck and to be thrown into the sea than for anyone to harm or damage a child,’” declared John Amanchukwu at the recent school board meeting.

Asserting that board members were more concerned with so-called diversity and imposing a leftist agenda than ensuring that students receive a comprehensive education, he added: “And so the question today to the school board is: only you know whether or not your role, the policies, the curriculum, and the things you allow in this school system in Wake County, only you know whether or not a millstone is tied around your neck. The reality is this: God is going to judge every last one of you for decisions that are made on behalf of children.”