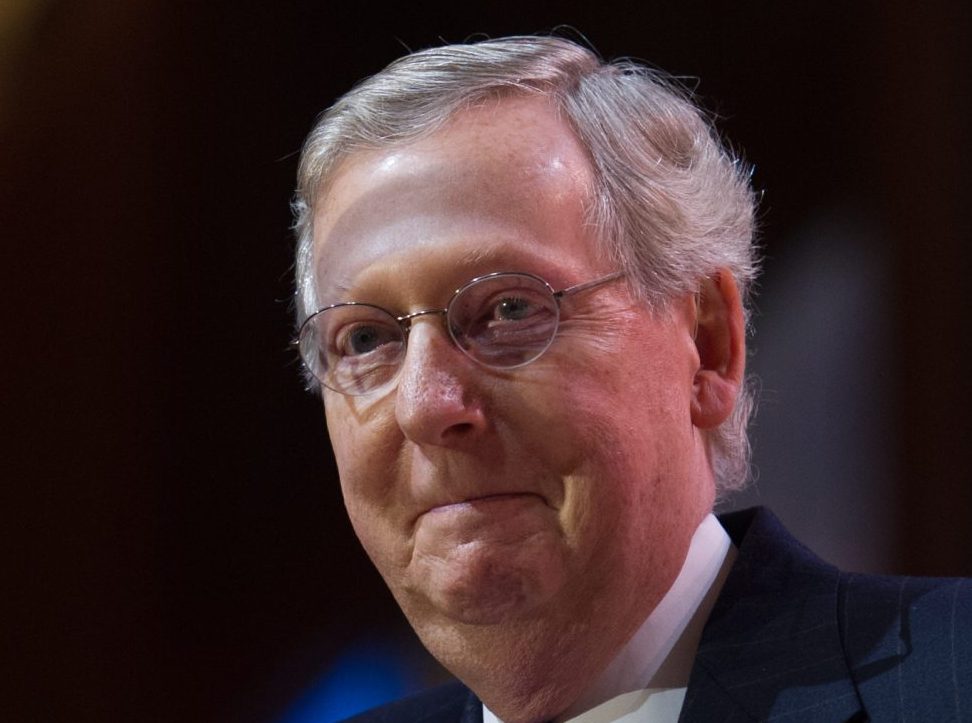 Conservative Republicans were again reminded over the Christmas holiday weekend how little party leadership thinks of them. On Monday, a wide-ranging group of GOP members – led by President Donald Trump – blasted Senate Minority Leader Mitch McConnell (R-KY) for opening the path for Democrats to pass a new massive $1.7 trillion omnibus spending bill just before Republicans retake control of the House next week.

McConnell pressed 17 other Senate Republicans to join him to vote with every Democrat last week to advance the heavily porked spending bill so Speaker Nancy Pelosi could have it passed along party lines in the House as one of her last actions in leadership.

Trump laid into McConnell’s hypocrisy on Truth Social, posting: “The Marxist Democrats must have something really big on Mitch McConnell in order to get him and some of his friendly ‘Republican’ Senators to pass the horrendous ‘All Democrat, All the Way’ OMINOUS Bill. It gives Border Security to other countries, but ZERO $’s to the U.S., it fully funds the corrupt ‘Justice’ Department, FBI (which RIGGED the Presidential Election!), and even the Trump Hating Special ‘Prosecutor.’ It is also a massive giveaway & capitulation to CHINA, making COCO CHOW so happy!”

In another post, Trump linked Mollie Hemingway’s piece in The Federalist titled, “GOP Can’t Be Successful Until Mitch McConnell Is Gone.”

In her article, Hemingway said unequivocally that McConnell “has become the single biggest obstacle to GOP success.” She slammed McConnell for boasting that the spending spree ensured how “we were able to achieve through this omnibus spending bill essentially all of our priorities.”

Hemingway noted that McConnell’s shameless abandonment of GOP voters is “an indication of how deeply sick and broken and unserious the Senate is,” as “no one had even begun to read the lengthy bill, which was put forward just hours before votes began.”

She added that GOP voters “have a major problem” for so long as McConnell remains the “top elected Republican in D.C.”

The stupendously large spending bill was passed even as it was reported this week that the U.S. “monthly federal deficit hit a record $249 billion in November—$57 billion more than the same month last year—with federal spending also hitting new heights in consecutive months, while tax revenues dropped.”