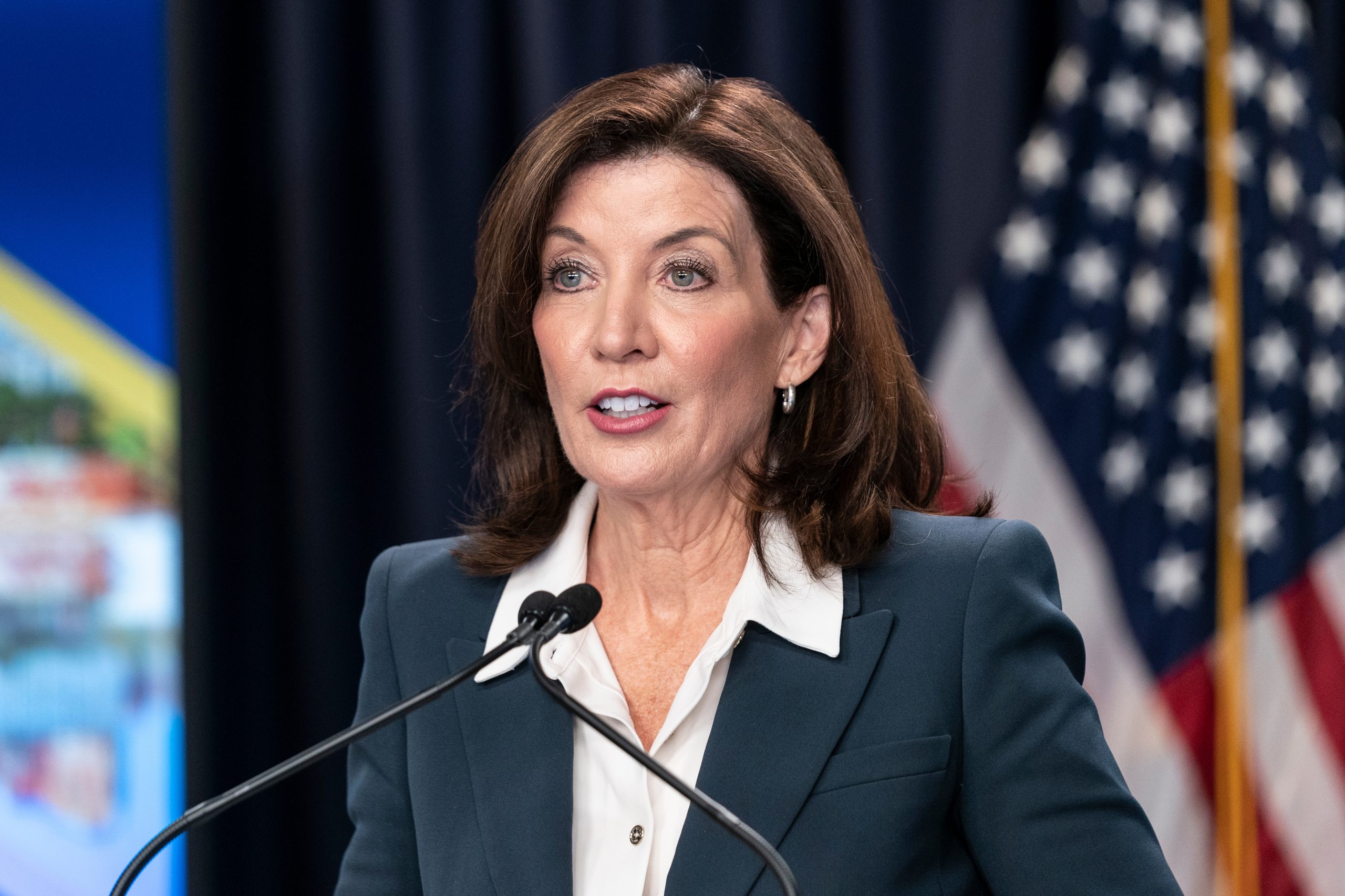 A new report about deep-blue New York, which has been described as a safe-Democrat state for years, shows that the gubernatorial race is now a “toss-up.”

Analysts from RealClearPolitics, who are charged with predicting probable outcomes of elections, have changed their analysis of the New York governor’s race from “Lean Democrat” to “Toss-up.”

The move comes just three weeks before the midterm elections, in which Democrat Gov. Kathy Hochul — who took over the position after Gov. Andrew Cuomo (D) resigned amid sexual harassment allegations — is running against Rep. Lee Zeldin (R-NY).

According to the RealClearPolitics average, polling shows that Zeldin is within six points of his Democrat opponent — with Hochul having 49% support compared to Zeldin’s 43.7% support.

The most recent polls taken into the RealClearPolitics average come from Schoen, Marist College and Trafalgar Group.

Schoen, an independent poll, shows Hochul sitting at 50% and Zeldin at 44% among likely voters.

The Marist College poll indicated that the Democrat governor had 52% support while Zeldin had 44% among definite voters.

According to Trafalgar Group, Hochul is leading at just 44.4%, while her Republican challenger had 42.6% among likely general election voters.

Meanwhile, Zeldin is celebrating the news, sending out a tweet calling on Hochul to “come out of hiding” and debate him.

“Our race was just moved to TOSS UP by @RealClearNews! We have just 24 days to go until we FIRE @KathyHochul & save our state,” the Republican candidate tweeted soon after the news broke. “It’s not too late for Hochul to come out of hiding & do multiple debates with me across New York, starting immediately!”

As Zeldin mentioned in his tweet, Hochul has so far refused to agree to a debate. The Republican candidate has previously noted that he challenged the Democrat governor to as many as five debates prior to the midterm elections on November 8.

Zeldin has accused his Democrat opponent of “chickening out.” The New York Post made a similar assertion on its front page on September 30, showing a picture of Hochul — who the outlet calls “scaredy Kat” — wearing a bright yellow chicken suit.