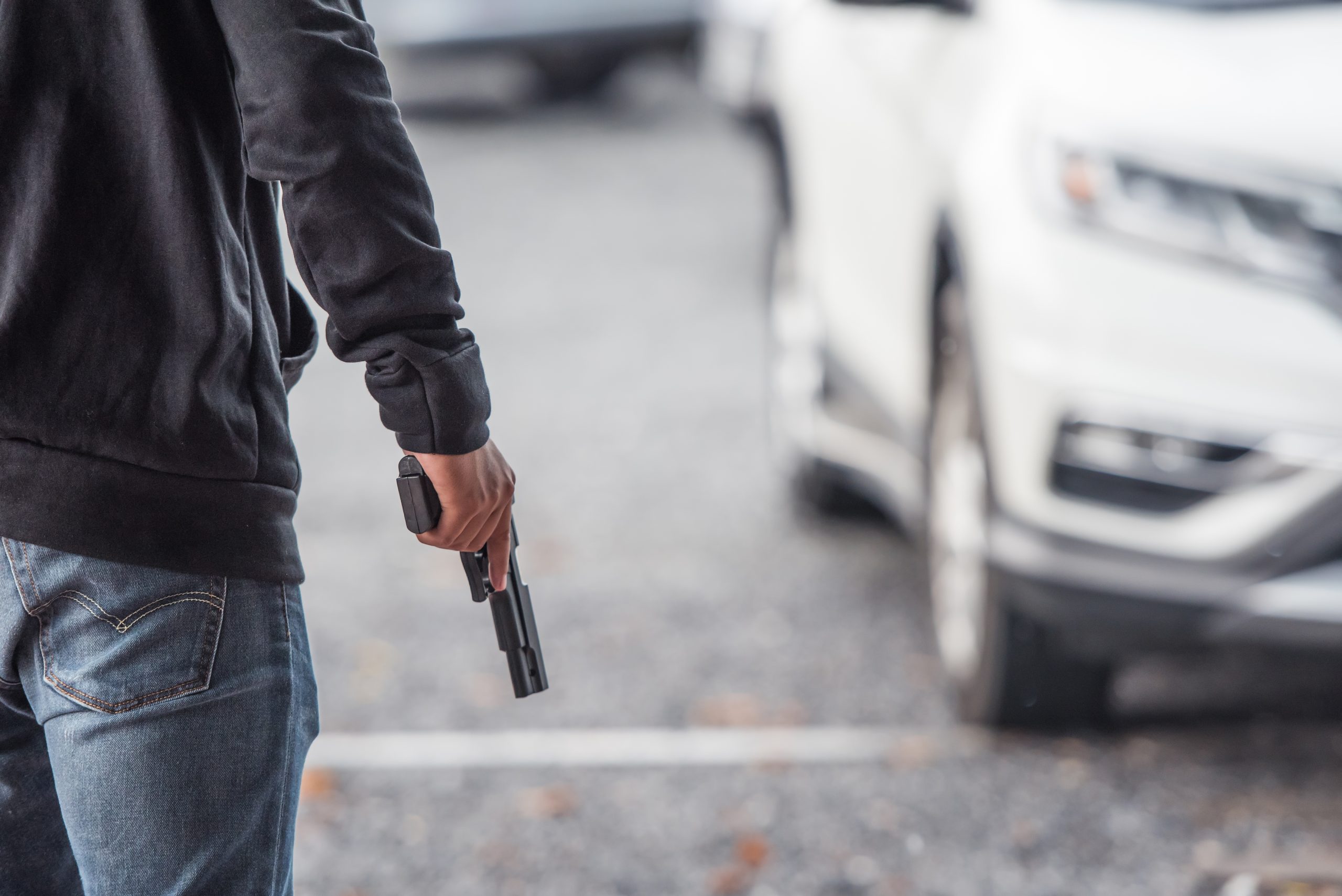 Two good guys with guns recently stopped a potentially deadly situation at a Florida bingo hall. The pair of armed citizens detained a man who assaulted and shot at two women outside Bingo Paradise in Pensacola and threatened further deadly violence.

According to the Escambia County Sheriff’s Office, Lee David Wilkerson, 38, was hanging around outside the bingo establishment in the Florida panhandle when two women attempted to enter.

Wilkerson and the two women allegedly got into an argument outside the entryway, and the suspect pulled a gun from his waistband. He then hit one of the women in the head with the weapon.

Wilkerson then began firing indiscriminately in the general direction of the two women and continued shooting across the parking lot in front of the bingo hall as the women ran away.

Fortunately, no one was hit by Wilkerson’s gunfire.

Wilkerson allegedly threw the gun into a dumpster outside the bingo hall and tried to enter the building. However, two men who saw what had happened drew their concealed carry handguns and held Wilkerson in place until deputies arrived to take him into custody.

Deputies discovered methamphetamine in Wilkerson’s pockets when they searched him on the scene. They also located the gun Wilkerson had used in the nearby dumpster.

Wilkerson has been charged with aggravated assault with a deadly weapon, possession of a weapon by a convicted felon, firing a weapon in public, use/display of a firearm during a felony, aggravated battery/use of a deadly weapon and trafficking of methamphetamine.

As of Monday afternoon, Wilkerson was still being held at the Escambia County Jail with bail set at $206,000.

Bingo enthusiast Fannie Stanford saw most of the action outside the building. She told reporters, “I was sitting in the second row, right from the front door, and a young lady came inside, and she yelled, ‘They got a gun!'” She said she then heard gunfire.

Stanford said the bingo hall manager came up front, “and he was ready.” She said the patrons went to the back of the building and “locked ourselves inside until it was over.”

Stanford added that the violent event would not stop her from visiting Bingo Paradise. “Nothing’s gonna stop me from playing bingo,” she said.

Dell Ending Use Of Microchips Made In China