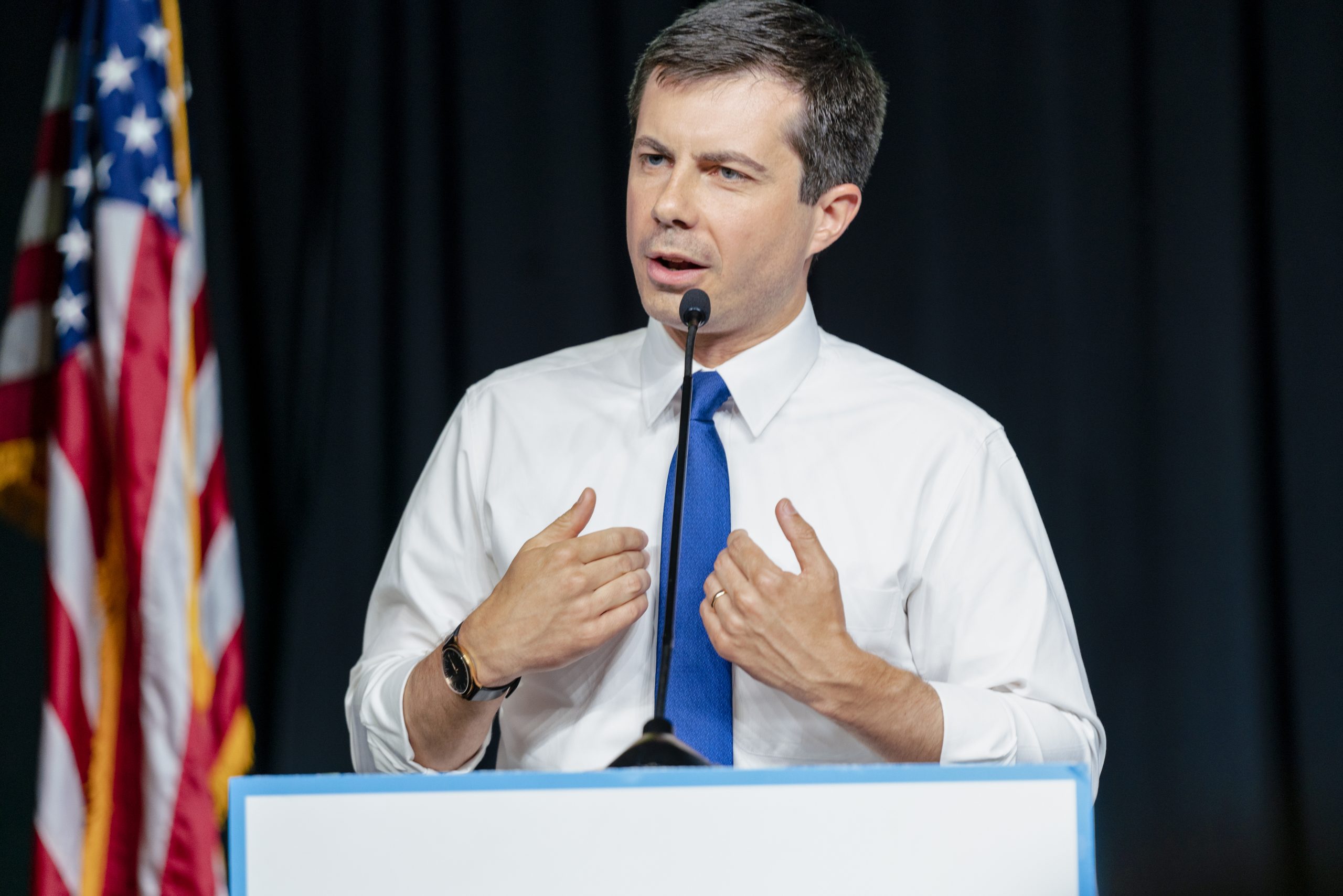 During an appearance on Fox News Channel’s “Special Report” on Thursday, Secretary of Transportation Pete Buttigieg attempted to defend his penchant for flying on private government jets funded by taxpayer dollars despite the climate impact of doing so.

According to Buttigieg, his use of private jets actually saves taxpayers money — and thus, his actions are different from those of former Health and Human Services Secretary Tom Price.

Price, who served under former President Donald Trump, was forced to resign after it was revealed that his use of taxpayer-funded private jets and military aircraft had cost taxpayers over $1 million. After news broke that Price’s wife had joined him on military aircraft for several of his overseas trips, he ended up reimbursing the government for some of the travel costs.

Apparently, Buttigieg has no intention of reimbursing the government for his husband’s travel costs, after Chasten Buttigieg joined him for his latest flight via military aircraft to the Netherlands to attend the fifth Invictus Games.

During the segment on Fox News, host Bret Baier began by challenging the transportation secretary — who is a major proponent of climate activism — about the environmental impact of his private jet use.

“Here’s the other criticism, you’ve been a big advocate for the environment, the administration’s climate change policy. What do you say to people who ask, is it environmentally responsible to fly on private government jets when commercial options are available?” Baier asked.

“Well, when we’re making a decision about what kind of aircraft to use, we weigh a lot of things,” Buttigieg responded. “That’s one of the things we consider. So is saving taxpayers money. Now, I fly the majority of the time in economy class on an airliner, just like everybody else. … But there are cases where we use an FAA jet, a jet that’s assigned to my department. I’ll give you an example. I went to Wisconsin recently. This was last year, I think… We saved taxpayers $2,000 by using the FAA jet instead of buying those airline tickets.”

Baier responded by listing several other flights, as it was recently revealed that Buttigieg had taken more than 18 private flights since taking office less than two years ago.

Buttigieg answered by claiming that the “taxpayers are usually saving money when we do that.”

The Fox News host then cited the controversy surrounding Price and his subsequent resignation, to which Buttigieg countered, “And did Secretary Price save taxpayers money by doing that? I don’t think he did.”

Baier pressed the issue by pointing out that the transportation secretary “brought your husband, Chasten, on a military aircraft to attend a sporting event in the Netherlands…was that reimbursed, because that was one of the controversies with Price?”

In response, Buttigieg launched into a long-winded spiel about the “great trip” and how it was “tradition.” He noted that previous government officials who had led delegations to the Invictus Games had brought their spouses, though he failed to respond to the added context — which was the fact that he has a history of excessive use of private government jets, as Price did, while none of the officials who had previously led delegations did.

“Of course not,” Buttigieg said regarding whether he reimbursed the government for his husband’s flight. “I led a presidential delegation to support American wounded warriors, injured servicemembers, [at] the Invictus Games, as has been tradition for many years. I led the American delegation. It was one of the great honors of my time in this job. And the diplomatic protocol on a presidential delegation is that the principal is often accompanied by their spouse, it was a great trip. It was incredible.”

“It was also a few weeks into the Ukraine War,” he added. “So, we had a chance at the U.S. embassy to engage with the Ukrainian competitors, also wounded servicemembers. Some of them went from the games back to the battlefield to fight for their country. I also took the opportunity to sit with the prime minister of the Netherlands to look at port infrastructure — Dutch port infrastructure.”

“But here’s what I want you to understand: Before me, it was the Secretary of the Army under President Trump who took that trip with his wife,” Buttigieg continued. “Before that, it was Mrs. Trump as First Lady who went to the Invictus Games. Before that, Mrs. Obama did the same thing. And I guess the question on my mind is, if no one’s raising questions about why Secretary Esper and his wife led that delegation — as well they should have — then why is it any different when it’s me and my husband?”

The difference, which Buttigieg appears to not understand, is the fact that he seems to use private jets as often as he possibly can — all while advocating for green energy policies and against fossil fuels, and demanding that Americans cut back on their use of cars, trains and airplanes. Buttigieg, like Price, has used private jets excessively throughout his time in office, yet he is not being treated the same way that Price was, and that is the real problem. This specific flight with his husband is not the sole problem, it is a small part of a larger issue.

This is not the first controversy that he has faced since taking office. Buttigieg has been called out for being incompetent since he was selected to be the transportation secretary. Critics have blasted him for his handling of the supply chain crisis — where he was on paternity leave while Americans were suffering and unaware of his absence — his vacation during the negotiations to avoid a potentially economically devastating rail workers strike, and his lack of action regarding the flight cancellations during the holiday season.