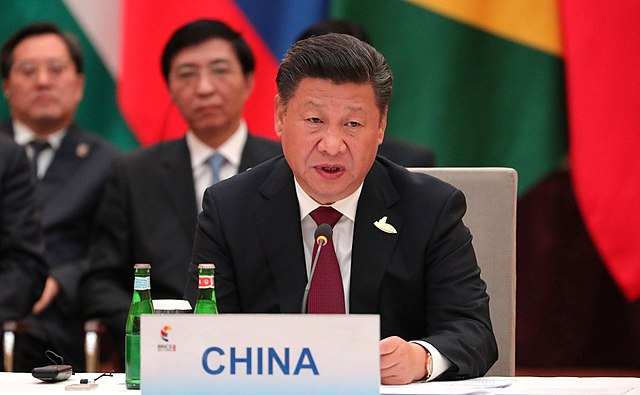 Kremlin.ru, CC BY 4.0 , via Wikimedia Commons
Like Freedom Press? Get news that you don't want to miss delivered directly to your inbox

China’s collapsing birth rates and years of its one-child policy are projecting an impending demographic disaster in the world’s largest nation. The communist country’s Department of Aging and Health announced on Tuesday that studies show China is destined to become a “severely aging society” no later than 2035.

Director Wang Haidong said the studies indicate around 30% of China’s huge population will be at least 60 years old by 2035, and the “old-age dependency ratio” will surge very quickly soon, not peaking until around 2050. That ratio references the problems that arise when below-replacement birth rates leave a society without enough working people to handle the cost of providing for the elderly.

Wang attempted to make it clear that the government believes it has sufficient resources to provide for retirees at the current time. The level of care old people in China are receiving did not sound very reassuring, however.

Even though China has not announced any realistic plans for dealing with its rapidly aging population, Wang said the nation “will be implementing national strategies for the situation and figure out a unique path to cope with it.”

Chinese demographer Huang Wenzheng said earlier this year that the country’s negative population growth will be “the dominant trend for a long time.” He attributed his finding as the “inevitable result of a long period of low fertility rates.”

He went on to note that even the previously grim predictions of the aging of the Chinese people could have underestimated the true depth of the crisis. China recorded its lowest birth rate ever last year. Huang said the sudden decrease to even lower levels is likely due to COVID-19 lockdowns and a loss of the “remaining enthusiasm for having children.”

Since ending the one-child policy and compulsory abortions, the Chinese government has been working to encourage families to have multiple children and has offered incentives to parents, including tax and housing credits. It appears that the programs are not working as well as government officials have hoped.

China’s aging crisis is likely to also have a direct impact on its aspirations for global economic dominance. Its plans are highly dependent on having a huge supply of workers, which is looking less likely with every new study.

Texas Officer Among More Than A Dozen Arrested In Prostitution Sting