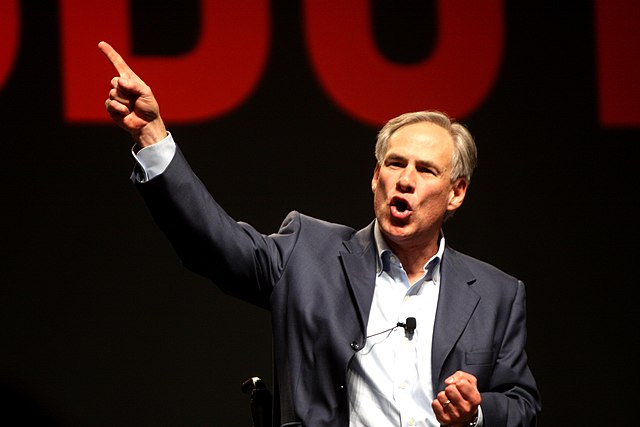 Texas Gov. Greg Abbott has officially designated several Mexican cartels as terrorist organizations in response to record amounts of fentanyl pouring over the southern border. The governor also ordered the Department of Public Safety to begin dismantling the cartels’ infrastructure.

During a border security round table on Wednesday in Midland, Texas, Abbott spoke out about the effects that fentanyl has had on Texans, and Americans in general, calling out the cartels for bringing the deadly drug into the country.

“Fentanyl is a clandestine killer, and Texans are falling victim to the Mexican cartels that are producing it,” the governor said. “Cartels are terrorists, and it’s time we treated them that way. In fact, more Americans died from fentanyl poisoning in the past year than all terrorist attacks across the globe in the past 100 years. In order to save our country, particularly our next generation, we must do more to get fentanyl off our streets.”

Abbott specifically identified the Sinaloa and Jalisco New Generation Cartels (CJNG), designating them terrorist organizations. He also called on the Texas Department of Public Safety and other law enforcement agencies to begin identifying gangs within the state that support Mexican drug cartels.

The governor also sent a letter to Washington, D.C., requesting that President Joe Biden and Vice President Kamala Harris create federal terrorist designations for the cartels and others who produce and distribute fentanyl.

“Mexican drug cartels terrorize the United States and its citizens every day, leaving thousands of dead bodies in their wake,” the letter read. “Their latest weapons of choice are the millions of tiny pills laced with fentanyl that they pour across our southern border. As a result, it is necessary, now more than ever, for you to designate the Sinaloa Cartel, the Jalisco New Generation Cartel, and any similarly situated Mexican drug cartels as foreign terrorist organizations under Section 219 of the Immigration and Nationality Act (INA). This move would help us fight back against these terrorists and disrupt their deadly attacks on America.”

“According to the Centers for Disease Control and Prevention, more than 75,000 Americans died from drug overdoses that involved fentanyl between February 2021 and February 2022,” Abbott explained in the letter. “To put that in context, the National Consortium for the Study of Terrorism and Responses to Terrorism reports there were 3,905 deaths of Americans in terrorist attacks worldwide between 1995 and 2019, most of them occurring on September 11, 2001. In this light, the magnitude of the terrorism-related to the introduction of fentanyl by Mexican drug cartels is astonishing.”

“The reason for the explosion of fentanyl deaths in America is that the Mexican drug cartels are trafficking fentanyl across our southern border at a greater rate than ever, thanks to your open borders policies,” the letter continued.

“In an April 2021 letter to you both, I made this request for designation. There was no action, no response,” the governor concluded. “But if you are ready to make Americans safer, it will be better late than never. As the number of American deaths continues to rise due to the cartels’ terrorist behavior, now is the time to act. We do not have more time to waste.”

Officials within Abbott’s office also noted: “With Mexican drug cartels disguising fentanyl as counterfeit pills and targeting children with ‘rainbow fentanyl’ pills, the Governor emphasizes in his letter that immediate decisive action is needed from the Biden Administration to combat this deadly crisis impacting the nation.”

Abbott also told state agencies to begin preparing for the next session of the Texas Legislature, ordering the agencies to “outline statutory changes, budget priorities, and other initiatives that will enhance the state’s ability to interdict the synthetic opioid, provide emergency overdose treatment, and expand substance abuse treatment programs.”

“We must take all appropriate actions to inform Texans of this danger and prevent additional deaths,” the governor told the agency leaders. “Together we can help bring awareness to the threat posed by fentanyl and do our part to address this crisis.”

Abbott’s office also noted in a report that, under Operation Lone Star, 335 million lethal doses of fentanyl were seized by the Texas Department of Public Safety and Texas National Guard.