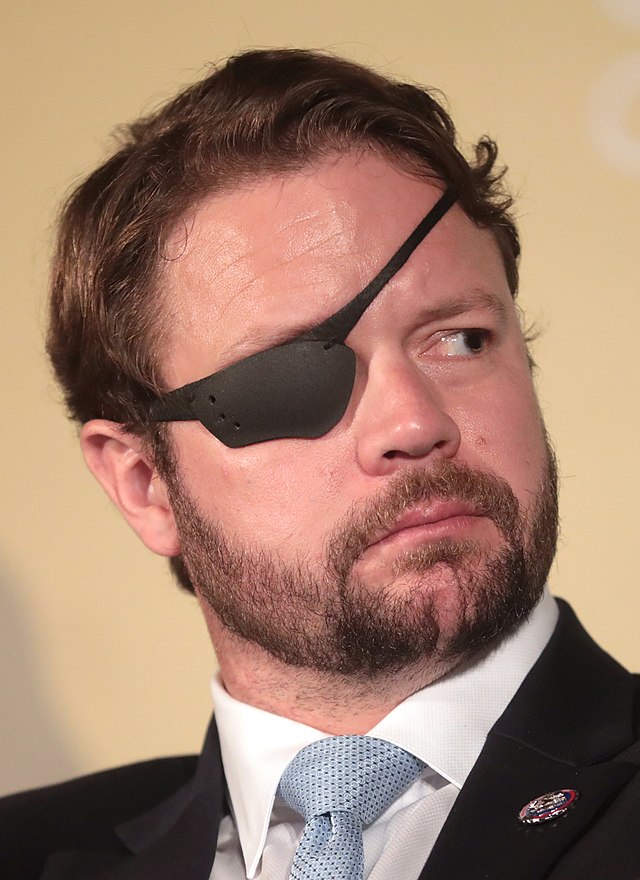 Gage Skidmore, CC BY-SA 3.0 , via Wikimedia Commons
Like Freedom Press? Get news that you don't want to miss delivered directly to your inbox

After issuing a public apology to those he smeared, the Texas Republican learned that he would not receive a coveted committee assignment in the new legislative session.

Crenshaw was among the majority in his caucus who supported McCarthy’s bid, but he employed much harsher rhetoric against a minority of holdouts than others on his side of the debate.

In one interview, he denounced the McCarthy critics as “terrorists” who should be viewed as the enemy by others in their own party.

When Fox News host Guy Benson pressed Crenshaw on the incendiary comment later on in the same interview, the lawmaker remained defiant and doubled down.

“I’m not going to apologize for the harsh language,” he said. “You guys know me. That’s how I am. I speak boldly. You know, and this is … terrorism tactics. It is what it is. You know, I’m not the first one to use that term, by the way. You know, this is getting out of control.”

Amid mounting backlash from within the GOP, however, he went back on his word and provided an apology to those he compared to terrorists.

“To the extent that I have colleagues that were offended by it, I sincerely apologize to them,” Crenshaw said in an interview on Sunday. “I don’t want them to think I actually believe they’re terrorists. It’s clearly a turn of phrase that you use in what is an intransigent negotiation.”

Despite his effort to clear the air, the damage was clearly already done.

The GOP-led House Steering Committee this week denied him the opportunity to serve as chairman of the House Homeland Security Committee, opting instead to give the position to Rep. Mark Green (R-TN).

In a statement following his selection as chairman, Green provided an overview of his priorities, asserting: “For the sake of our national security and homeland security, we must secure our border. We will empower our brave CBP agents to do their jobs and hold President Biden and Secretary Mayorkas accountable for the crisis that they created.”