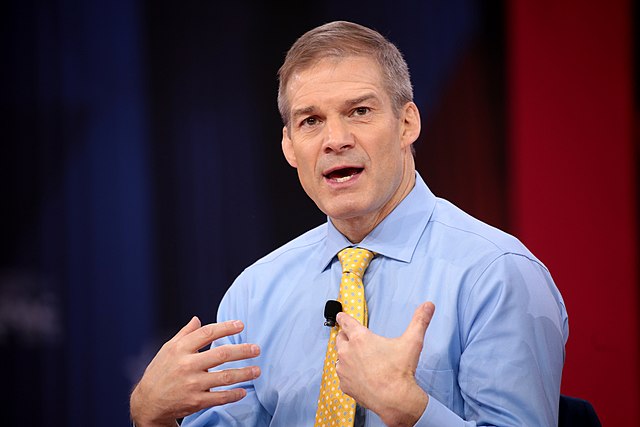 This week, a pair of Democrats on the House Committee on Oversight and Reform referenced Jordan’s earlier remarks as part of a discussion about a resolution that would have required the president to provide relevant documents regarding how he potentially benefitted from his son’s international business deals.

While Reps. Carolyn Maloney (D-NY) and Eleanor Holmes Norton (D-NY) attempted to portray Jordan’s remarks as a push to use the Hunter Biden story to propel former President Donald Trump to victory; a review of the CPAC video in context reveals that their depiction was clearly misleading.

For her part, Maloney claimed her GOP colleague said that “an investigation into Hunter Biden would, quote, ‘frame up the 2024 race,’ end quote, for Donald Trump, explaining, quote, ‘We need to make sure that he wins,’ end quote.”

Norton similarly claimed that he “said probes into Hunter Biden would, and here I’m quoting, ‘frame up the 2024 race when I hope and I think President Trump is going to run again and we need to make sure that he wins,’ end quote.”

Although Jordan did utter those two partial quotes during the CPAC session, there was a tremendous amount of context missing.

After discussing his concerns about an insufficient investigation into the president’s son, he went on to list a range of unrelated problems that he concluded would best be addressed in a second Trump term.

“When you couple it with what they’ve done to parents who show up at school board meetings, the political nature of our justice department, is frightening,” Jordan said. “And so that’s something, if we get the majority we need to look at, and a host of other issues, the border situation as I’ve mentioned, um, we need to look at how did thousands of Americans’ tax returns get public, that’s not supposed to happen in this great country.”

The Ohio Republican made it clear that “all these things need to be investigated just so you have the truth, plus that will help frame up the 2024 race, when I hope and I think President Trump is going to run again and we need to make sure that he wins.”

As for his underlying concerns about a high-level coverup of potential wrongdoing by Hunter Biden, there seems to be mounting evidence that substantiates his claims.

Earlier this month, FBI special agent Tim Thibault abruptly retired amid allegations that he improperly suppressed credible claims about the younger Biden ahead of the 2020 presidential election.