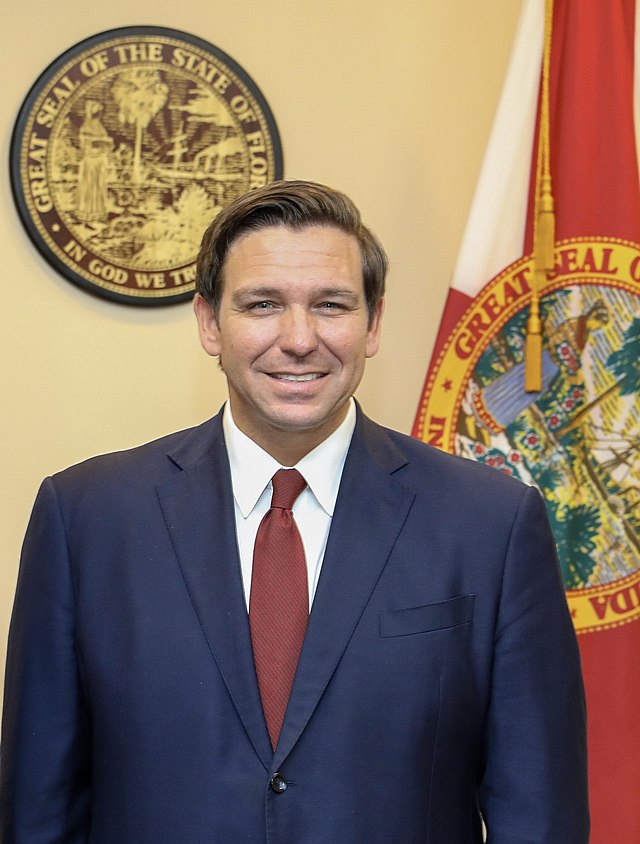 State of Florida, Public domain, via Wikimedia Commons
Like Freedom Press? Get news that you don't want to miss delivered directly to your inbox

A Democrat sheriff in Texas has made a public statement that he is investigating Republican Florida Gov. Ron DeSantis in regard to his providing free transportation to 48 illegal migrants to the wealthy progressive enclave and sanctuary city Martha’s Vineyard.

Bexar County Sheriff Javier Salazar thrilled Democrats with his statement that he was looking into a situation in which he claims migrants were “lured” away from a Texas Migrant Resource Center under “false pretenses.” He alleged that they were flown to Florida and then to Martha’s Vineyard where they were “left to fend for themselves.”

Salazar claimed the illegal migrants were “on hard times” and were “here legally in our country at that point.” He dramatically claimed they were “preyed upon” by DeSantis, who he said made “promises of a better life, which is exactly what they were looking for.’

Salazar was notably unable to name a single state or federal law that he could claim was broken and declined to name any suspects in his investigation.

The sheriff said he was receiving help from lawyers and illegal immigrant advocacy groups.

DeSantis has made no secret of the fact that he administered the transportation of the illegal border crossers from San Antonio to Florida and then to Martha’s Vineyard. He said that Florida “gave them an opportunity to seek greener pastures in a sanctuary jurisdiction that offered greater resources for them, as we expected.”

DeSantis also pointed out that the migrants flown to Massachusetts were provided “more options to succeed following their unfair enticement into the United States, unlike the 53 immigrants who died in a truck found abandoned in Bexar County this June.” He was referring to the tragedy of the group of illegal migrants found dead in a locked and unventilated tractor-trailer in Salazar’s jurisdiction earlier this year.

The governor’s office has confirmed that every migrant transported to Martha’s Vineyard was provided with multiple opportunities to decline the free trip. Some reportedly declined to go northward, even though Florida officials provided hotels, meals, and personal care for free during the trip in addition to free transportation.

The DeSantis administration also denied the allegations that migrants were promised work in Martha’s Vineyard. They were simply provided information about benefits and services advertised there by the local and state governments.

DeSantis told reporters at a press conference that the migrants were provided a release form that each signed along with a packet of materials including a map of Martha’s Vineyard. He said it was obvious they knew where they were going and wanted to go.

A brochure printed in both English and Spanish was provided to each migrant before they left Texas titled “Massachusetts Refugee Benefits/Massachusetts Beneficios para Refugiados.” The brochure was produced using information provided by the Massachusetts state government.