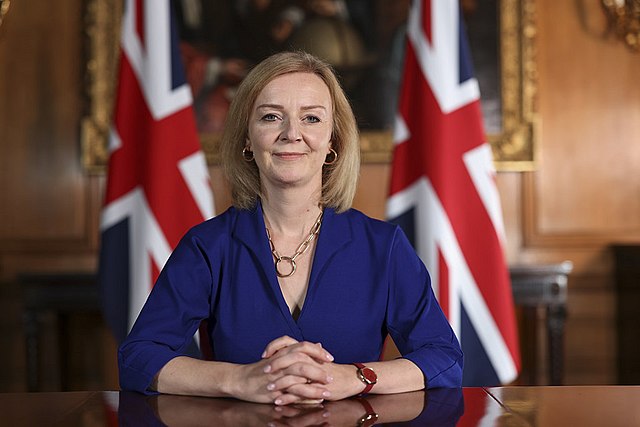 Photographer: Simon Dawson / No10 Downing StreetPosted by: Foreign, Commonwealth & Development Office and The Rt Hon Elizabeth Truss MP, OGL 3 , via Wikimedia Commons
Like Freedom Press? Get news that you don't want to miss delivered directly to your inbox

Even though energy shortages are already having a direct impact on U.K. manufacturing, commercial, and residential supplies, Truss unequivocally promised there would be no rationing. That promise comes alongside assurances that energy costs will be capped, leading many to wonder how Truss expects to meet the apparently incompatible goals.

On Tuesday, Truss told reporters, “We are not talking about the rationing of energy.”

She acknowledged that the U.K. has to be willing to pay more for energy in order to reduce reliance on “authoritarian regimes.” She was clearly referencing the Russian government led by President Vladimir Putin and its satellite states that have reduced or eliminated natural gas shipments to virtually all of Europe.

Nevertheless, Truss emphasized that U.K. residents will not be expected to pick up the costs of finding alternate sources of energy. She went on to promise that price caps on energy costs to consumers would be coming soon.

Truss said that the nation will not jeopardize “security for the sake of cheap energy,” but immediately added that her government will “put in place an energy price guarantee to make sure people are able to get through this winter and next winter without those very high bills that we feared.”

European energy experts were quick to point out that Truss’s proposed energy price cap greatly increases the risk of energy shortages over the winter. One described the idea as “terrible policy” that will only make the energy crisis worse, as without market pricing to guide consumer decisions, excess consumption will be incentivized.

The European Union is currently considering a “windfall tax” on the operating profits of energy companies to pay for energy subsidies. Truss has said she does not support such a tax, as it would only be passed back to consumers, circling back to the same problem it attempts to solve.

The only solution proposed by Truss so far is for the U.K. government to borrow the money needed to subsidize energy consumption. That could run as high as $100 billion to get through the coming colder months.