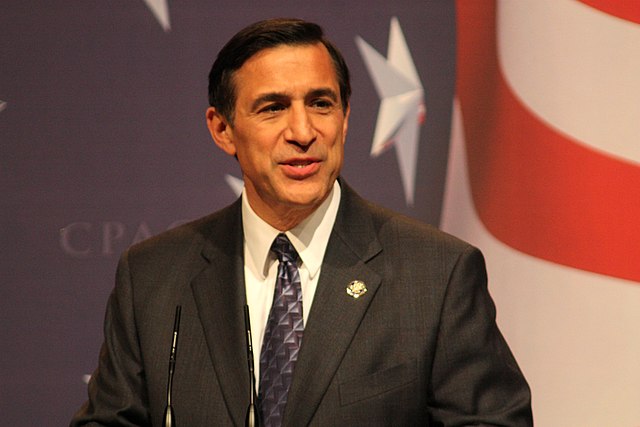 President Biden said Wednesday that it is his “intention” to finally visit the southern border during a trip to the North American Leaders’ Summit on Jan. 9, nearly two years after the president took office. During the 2022 fiscal year, Biden has allowed the border to be swarmed by an unprecedented 2.3 million illegal migrants entering the U.S.

Following the president’s announcement, Rep. Darrell Issa (R-CA) told Freedom Press that the decision is “too little and too late,” adding, “while Biden should see up close the damage he’s done, his open borders crisis requires a course of correction, not a photo op.”

House GOP members have not been silent about the president’s policy decisions to promote the crisis at the southern border, including the removal of many Trump-era policies like “Remain in Mexico” and halting construction of the border wall on Biden’s first day in office.

Rep. Carol Miller (R-WV) told Freedom Press that “President Biden must take immediate action to secure our border and I hope his trip results in action to fix the humanitarian, public health, and national security crises his Administration created.” The West Virginia Republican added that she “visited the southern border over 10 months ago and saw firsthand how desperate the situation is, one that he has ignored and abetted his entire tenure. I am glad to see the president has finally started to see the situation at the border for what it is — a crisis.”

The denial of the issue and lack of accountability by the Biden administration has not been kept a secret. Many top officials have voiced a continued message that points out the complete lack of concern for the border crisis as they have been working to keep the region secure.

On Tuesday, White House press secretary Karine Jean-Pierre attempted to blame Republicans for dropping the ball on national security at the border, claiming that the president has been focused on the border since “Day One.”

Department of Homeland Security Secretary Alejandro Mayorkas told Congress in November that the border is “secure.” And Biden-appointed Border Czar, Vice President Kamala Harris, has even laughed at the idea of visiting the southern border.

It’s a well-known fact that the country is facing one of the largest surges of illegal migrants in centuries. The Biden administration’s policies have added fuel to the fire, but rhetoric from the president has also contributed to the growing numbers. In a 2019 presidential debate, Biden argued for an open asylum policy and stated to those considering crossing the border that “you should come.”

What actual results will come from President Biden’s intended trip to the southern border is unclear. But people familiar with the president’s comments told the Wall Street Journal that Biden will not be making a policy announcement if he goes through with the visit.