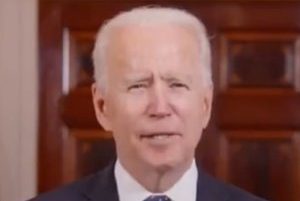 U.S. Embassy & Consulates in the United Kingdom, Public domain, via Wikimedia Commons
Like Freedom Press? Get news that you don't want to miss delivered directly to your inbox

The order granted an emergency motion for an administrative stay that prevents the federal government from discharging any student loan debt until the court rules on whether a full injunction should be granted until the final appeal is ruled upon.

The case was filed by Nebraska, which was joined by Arkansas, Iowa, Kansas, Missouri, and South Carolina.

Nebraska Attorney General Doug Peterson issued a statement that said the plaintiff states are “pleased the temporary stay has been granted.” He added that it is “very important that the legal issues involving presidential power be analyzed by the court before transferring over $400 billion in debt to American taxpayers.”

The dismissal ordered by U.S. District Judge Henry E. Autrey on Thursday was based on a ruling that the states that filed the case “failed to establish Article III standing.”

Autrey wrote that the states presented “important and significant challenges to the debt relief plan” but lacked standing that would give the court jurisdiction to hear the case. Judge Autrey was appointed to the federal bench in 2002 by President George W. Bush.

White House press secretary Karine Jean-Pierre issued a statement on Friday evening asserting the appeals court order does not mean people should stop submitting applications for the loan cancellation program. She added that the order does not yet reverse the dismissal ordered by Judge Autrey, but “merely prevents debt from being discharged until the court makes a decision.” She said that the administration will “continue to fight Republican officials suing to block our efforts to provide relief to working families.”

Biden said during a public appearance Friday evening in response to the order: “I don’t want to hear it from MAGA Republican officials who had hundreds of thousands of dollars of debts, even millions of dollars, in pandemic relief loans forgiven, who now are attacking me for helping working- and middle-class Americans.”

The Eighth Circuit ruling orders the Biden administration to file their papers opposing an ongoing injunction against the debt cancellation program by the end of the day on Monday. The states bringing the appeal will have until the end of the day on Tuesday to file a response. It is not known how soon the appeals court will make a ruling on continuing the stay thereafter.

Climate Activists Have ‘Blood On Their Hands’ After Two Women Die