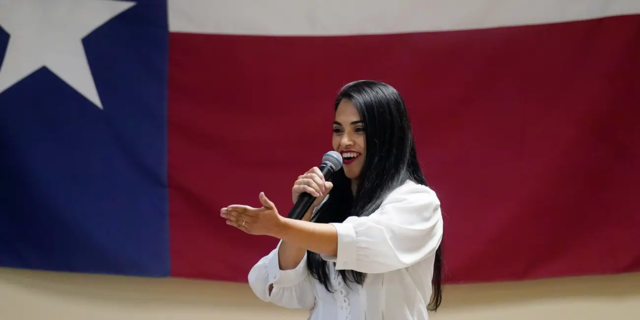 Congressional caucuses have historically provided lawmakers with something in common to work together on legislation and proposals.

According to U.S. Rep. Mayra Flores (R-TX), however, the Congressional Hispanic Caucus is only interested in allowing liberal Hispanics to join.

After requesting to join the caucus earlier this month, she said that the group responded with a rejection.

“As the first Mexican-born American Congresswoman, I thought the Hispanic Caucus would be open to working together,” Flores tweeted this week. “This denial once again proves a bias towards conservative Latinas that don’t fit their narrative or ideology.”

As it stands, all of the roughly 40 members of the Congressional Hispanic Caucus are Democrats. Spokesperson Sebastian Roa seems determined to keep it that way.

“In 2003, led by Rep. Diaz Balart, GOP members split from the CHC to form the Congressional Hispanic Conference,” he said. “Per our bylaws, the CHC is now for Democratic Members.”

The group’s website, however, does not mention that only Democrats may join.

Roa went on to denounce “Flores’ Extreme MAGA values and their attacks on Latinos and our nation’s democracy on January 6” as further reasons that she is not welcome in the caucus.

Of course, this is not the first time a Democratic-led caucus has shown Republican applicants the door. Rep. Byron Donalds (R-FL) was previously denied a position in the Congressional Black Caucus.

He offered a similar reaction last year upon being rejected by the CBC.

At that time, he said: “The Congressional Black Caucus has a stated commitment to ensuring Black Americans have the opportunity to achieve the American Dream. As a newly elected Black Member of Congress, my political party should not exempt me from a seat at the table dedicated to achieving this goal.”

While the CHC implies that Republicans do not reflect the values of the Hispanic community, recent polling seems to suggest otherwise. The current midterm election cycle indicates that a growing number of these voters are considering GOP candidates.

Even Democratic strategist Chuck Rocha acknowledged: “It’s very important for folks to know Democrats are going to win the Latino vote and Latino voters. But what’s happening is we’re losing a little support, a little at a time, to Republicans.”