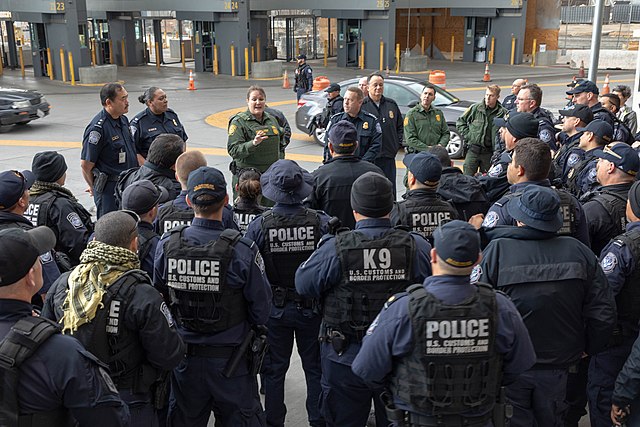 CBP Photography, Public domain, via Wikimedia Commons
Like Freedom Press? Get news that you don't want to miss delivered directly to your inbox

Several House Republicans have joined to propose legislation that would scrap the funding in the so-called “Inflation Reduction Act” to hire 87,000 new IRS agents, reallocating the money to hire new Customs and Border Protection agents to secure the southern border.

Rep. Claudia Tenney (R-NY) has proposed a bill to reallocate the funding.

“The unobligated balances of amounts appropriated or otherwise made available for enforcement activities of the Internal Revenue Service by … the ‘Inflation Reduction Act’) as of the date of the enactment of this Act are rescinded,” the proposal states.

The funding that is being rescinded would then be allocated to CBP “for the salaries and expenses of new agents and officers hired for the security of the southern border of the United States,” according to the bill.

“The Biden administration’s failure to secure the border and enforce our immigration laws has created an unmitigated disaster at our Southern Border that is impacting communities across the country,” Tenney said, according to a press release. “Americans don’t want more IRS audits; they want a secure border and safer streets. The DIRECT Funds for Border Security Act will deliver just that by providing CBP with the money needed to hire new agents.”

The legislation is unlikely to pass in Congress, as both the House and the Senate are Democrat-controlled.

According to CBP, there have been over 2 million southwest land border encounters during the 2022 fiscal year, which is the time between October of 2021 and August of 2022.