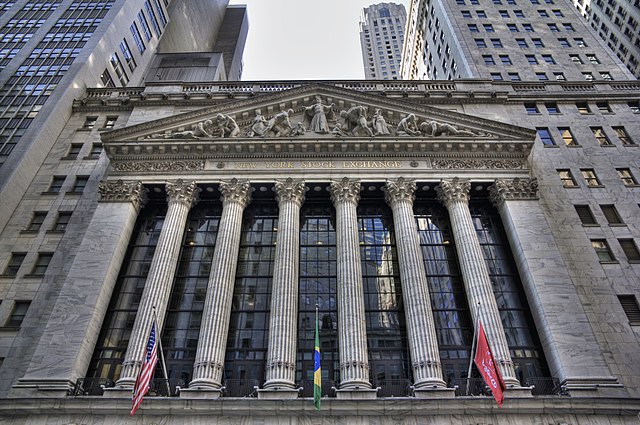 TomasEE, CC BY 3.0 , via Wikimedia Commons
Like Freedom Press? Get news that you don't want to miss delivered directly to your inbox

The prospects for a significant interest rate hike this week by the Federal Reserve is causing greater fears of a significant economic downturn for a U.S. economy many analysts believe is already mired in recession.

Goldman Sachs has now joined in issuing warnings that the Fed is likely to aggressively tighten monetary policy through the rest of 2022, beginning this week. In a report issued Friday evening, Goldman indicated it is cutting its projection for the U.S. Gross Domestic Product (GDP) for 2023 and believes the nation’s unemployment rate will jump higher than it previously expected.

Goldman has revised its prediction for 2023 GDP growth from 1.5% down to 1.1%. That projection covers the fourth quarter of 2022 through the end of next year.

Forecasts of the likely increase in interest rates by the Fed to combat surging inflation shook financial markets last week as investors attempted to price in higher borrowing costs and the economic downturns that are expected to follow.

The Wall Street stock exchanges recorded the largest weekly drop in months last week. The blue-chip S&P 500 was off 4.8% over the week. The tech-heavy Nasdaq Composite lost 5.4% for the week, and the Dow Jones Industrial Average fell 5.0 % over the last five trading days.

Goldman said in its report that it expects the Fed will bump up interest rates by 75 basis points this week, on top of the recent 50 basis point hike. It also said the firm expects additional hikes of 50 points likely in November and December. That could see fed funds going up to the 4.25% range by the end of the year.

Some analysts have predicted that a full percentage point hike, or 100 basis points, will be coming this week after the Consumer Price Index (CPI) reported last week for August was higher than expected. The CPI clocked in at another 40-year high of 8.3% more than August 2021.

Goldman’s report warned that the “higher rates path combined with recent tightening in financial conditions implies a somewhat worse outlook for growth and employment next year.”

Continuing inflation and increases in unemployment are leading to realistic fears of a prolonged period of stagflation not seen since the 1970s. Stagflation refers to the unusual situation where the economy shows the worst signs of expansion and contraction (price inflation and unemployment) at the same time.