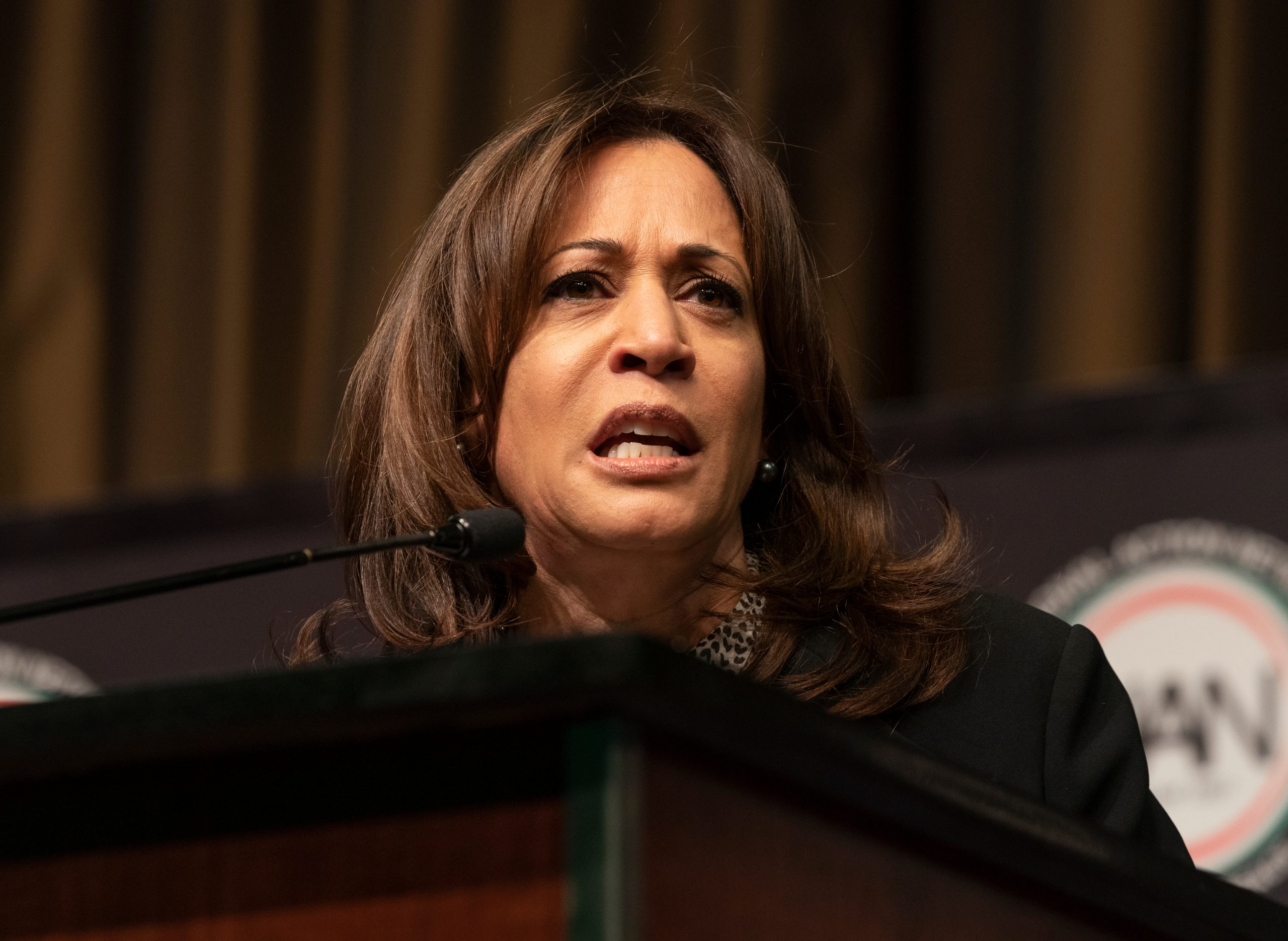 Democrats are turning up the volume even further on the anti-Trump hysteria in the lead-up to the midterm elections in November. Vice President Kamala Harris appeared on NBC’s “Meet the Press” on Sunday morning and told host Chuck Todd that Americans will “demand justice” when he asked her about a possible criminal prosecution of the 45th president.

Todd asked Harris whether President Trump’s “status as a former president and a potential 2024 candidate” should be a consideration for the Department of Justice in deciding whether to charge him with some federal crime.

Harris said that she “wouldn’t dare” to tell the Department of Justice how to make its decision. She said that “as a former prosecutor” she would not interfere with their understanding of the “facts and the evidence as applied to the law.”

She went on to claim that she and Joe Biden have been “very, very careful to make sure there is no question” that they have not interfered in the work of the Department of Justice.

Todd followed up, asking how Harris would respond to the “argument that it would be too divisive for the country to prosecute a former president.”

Harris said that the country has gone through other events in the past “where the unthinkable has happened” resulting in a “call for justice.” Without explaining what any of those other events were, she said that it is “potentially going to always be the case in our country that people are going to demand justice and they rightly do.”

Harris went on to echo the highly aggressive posturing Joe Biden has been doing over recent weeks to signal that Trump supporters and MAGA Republicans are enemies to be dealt with as criminals. She said that “anti-democratic forces” have become part of the “mainstream of American politics,” creating a “major threat” to national security.

In typical Harris-speak, the vice president condemned America First citizens as being “those who right now are vividly not defending our democracy.”

She went on to repeat leftist talking points heavily circulated all summer that the Supreme Court is an “activist” body, calling into question the legitimacy of the court because of the June decision in Dobbs v. Jackson Women’s Health Organization that overruled Roe v. Wade and allows states to regulate abortion accoding to the will of the people.

Americans can expect the corporate media to provide virtually unlimited free airtime to Democrats to campaign between now and election day.