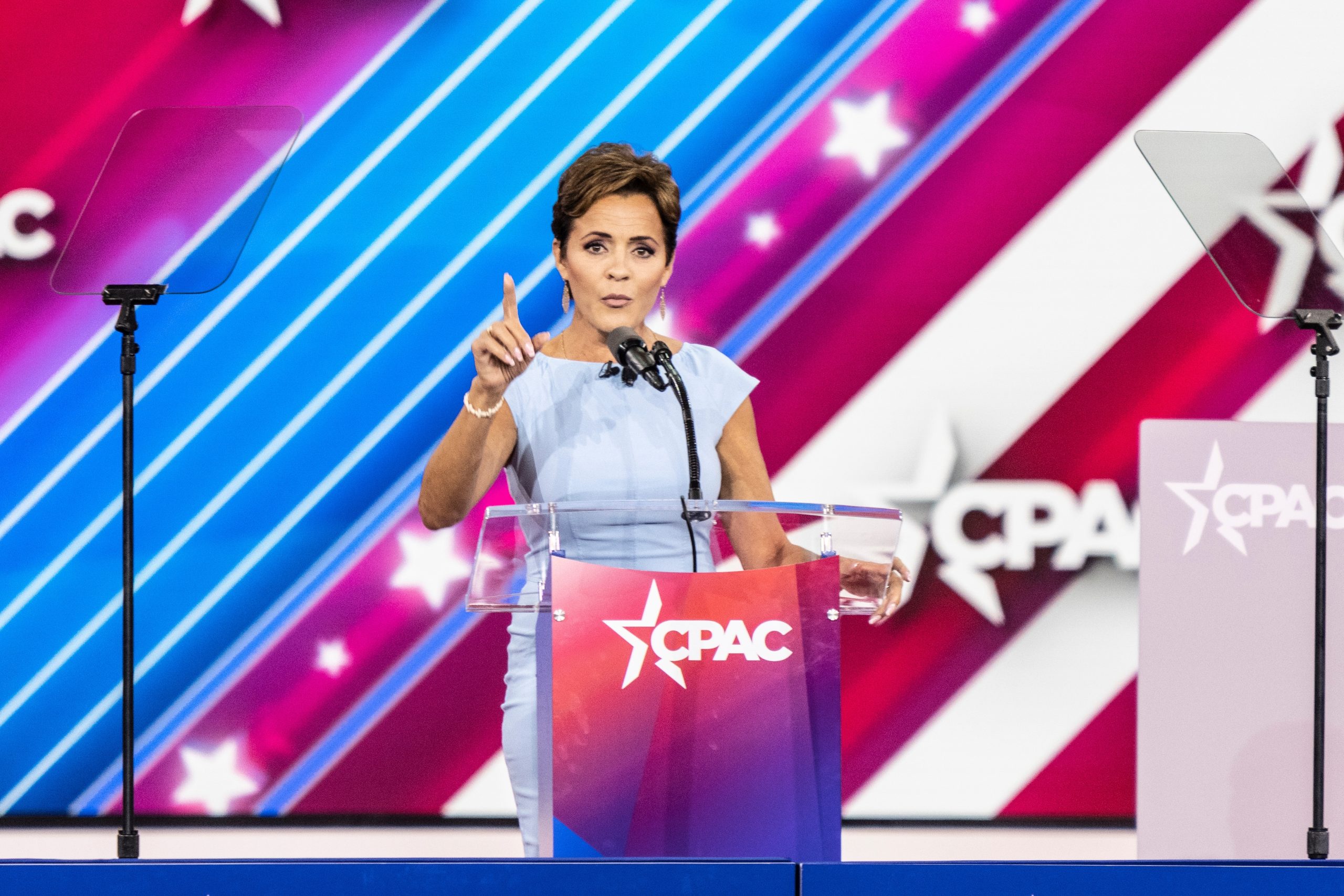 Kari Lake, Arizona’s Republican nominee for governor, spoke out on Newsmax against the elites and the old-guard GOP, saying that conservative voters want “fighters.”

During an appearance on Newsmax’s “The Chris Salcedo Show” on Monday, the Arizona Republican nominee discussed what she believes the American people are looking for in their leaders — especially governors.

“They want people who are going to protect them, and when it comes to governors, protect their states and push America First ideas and policies that actually help the people,” Lake said.

For years, activists and “grassroots folks” had been told when John McCain and “the McCain elite types would win, we had to get in line and vote for them,” she said.

McCain, who many conservatives have referred to as a RINO, represented Arizona as a Republican in the Senate from 1987 until his death in 2018, and was the Republican Party’s nominee for president in 2008 against then-candidate Barack Obama.

Sometimes, according to Lake, “it required us to plug our nose and vote.”

“Well, this time around, the grassroots has won, and it’s time for the establishment to get in line and vote with us and get behind us because we have a movement, and it is unstoppable in Arizona,” she continued.

Lake appeared at the Conservative Political Action Conference (CPAC) in Dallas over the weekend, receiving loud applause during her speech for her recent primary win over Karrin Taylor Robson, who was backed by several Republicans who have fallen out of favor with the GOP voter base — including former Vice President Mike Pence, current Arizona Gov. Doug Ducey (R) and disgraced former New Jersey Gov. Chris Christie (R).

Former President Donald Trump endorsed Lake in her primary, and she has been supportive of his agenda, including agreeing with his assertion that the 2020 election was “stolen.” She faces Democrat Katie Hobbs, Arizona’s current secretary of state, in the general election. Hobbs has called Lake “too dangerous” for Arizona.

Lake has spoken just as critically of Hobbs.

“What I see is a female Gavin Newsom,” Lake said of her Democrat opponent, comparing her to the radical leftist governor of California. “Everything she wants to push on Arizona will have us looking like these blue cities in California, which are hollowed-out hellholes, and we’re not willing to go that direction.”

Whistleblower: Biden and DOD Invited Hundreds of Afghans on Watchlist into US