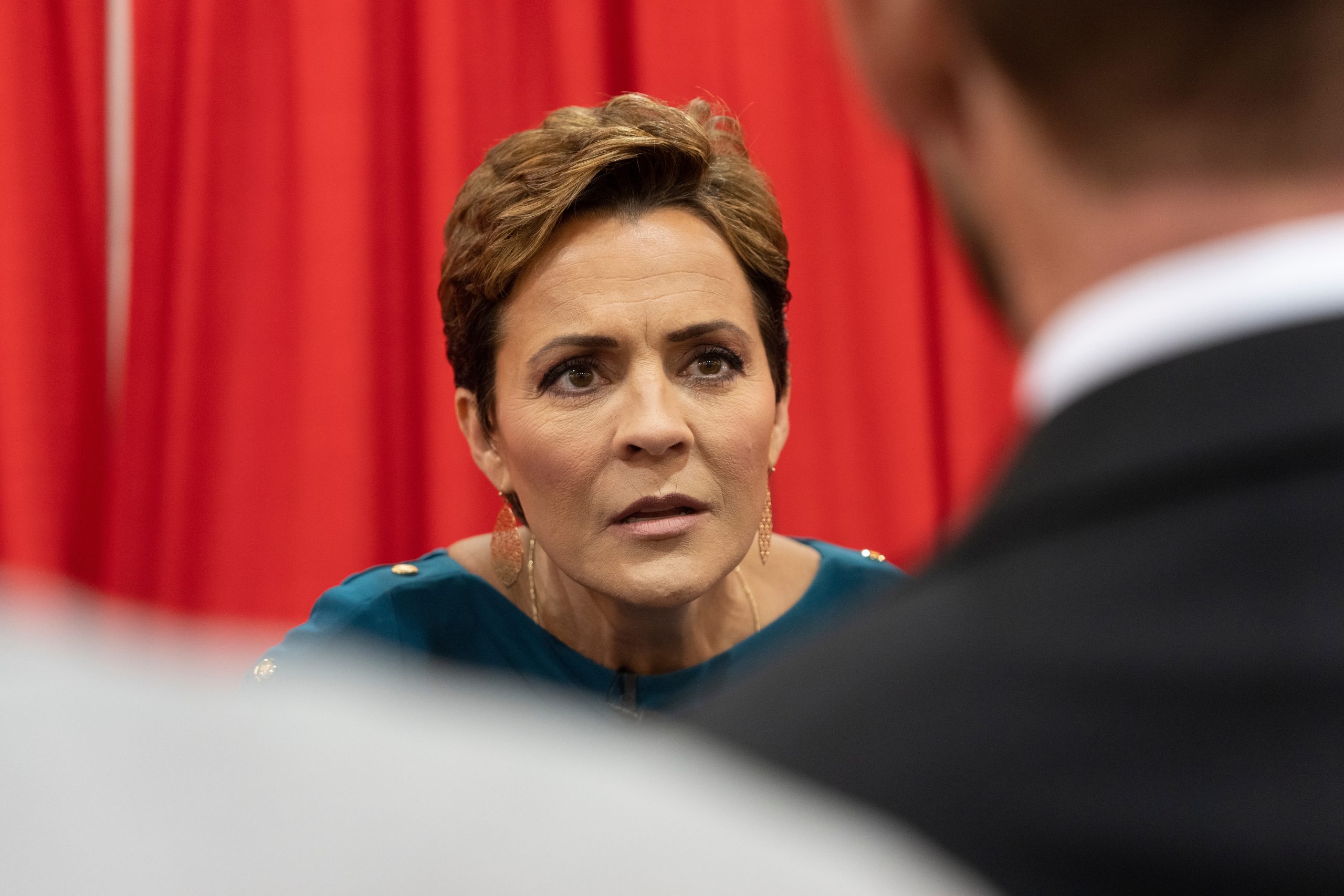 Arizona Republican gubernatorial candidate Kari Lake is once again clapping back at the mainstream media in response to attempted gotcha questions about her beliefs regarding fraud in the 2020 election.

Following President Joe Biden’s dark and divisive speech in which he demonized former President Donald Trump and all of his supporters — whom he referred to as “MAGA Republicans” and “MAGA forces” — as enemies of the U.S. and “extremists,” a reporter tried to catch Lake with a gotcha question.

Lake, who has joined many conservatives in accusing Biden of dividing the country, clapped back after the reporter tried to turn the tables on her by asking: “Do you feel Donald Trump is doing the same by falsely telling people he won that election when he lost it?”

The GOP candidate took a sip from her water bottle then proceeded to shred his premise. She redirected the question by asking how questioning the results of an election — which is protected free speech — divides the country when there have been numerous allegations of misconduct during the election.

“Since when can we not ask questions about our elections,” she said.

Lake, who was a journalist at Phoenix television station KSAZ-TV for 22 years, then pointed to the fact that many people, like this reporter, questioned the validity of the election results after the 2016 election.

The Republican candidate continued to hit the reporter on her hypocritical question, asserting that he should appreciate the right to free speech.

Lake also noted that she doesn’t see how simply asking a question about an election with numerous controversies is somehow divisive, instead pointing out that what is actually divisive is the left’s obsession with waging censorship campaigns against those who dare to ask questions.

She concluded by noting that the U.S. still has the Constitution, for now, and she plans to work to preserve it and bring back freedom of speech — saying that she hopes the mainstream media will one day thank Republicans for that.