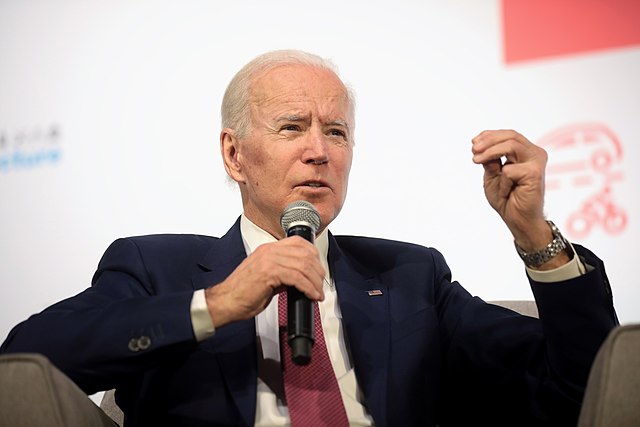 Following his election, Biden stated: “I pledge to be a president who seeks not to divide, but to unify; who doesn’t see red states and blue states, only sees the United States.”

The president was also quoted as saying, “It’s time to put away the harsh rhetoric, lower the temperature, see each other again, listen to each other again. And to make progress, we have to stop treating our opponents as enemies.”

A recent poll, which cited these past quotes in its summary, found that many Americans believe Biden’s recent speech is the exact opposite of what he pledged.

September’s Issues & Insights/TIPP Poll, an online poll of 1,277 adults taken between September 7-9, revealed that nearly two-thirds of Americans, or 62%, believe that the president’s comments about former President Donald Trump and his supporters “increases division in the country.”

Only 29% of respondents disagreed with the above statement, according to the survey.

The most surprising result occurred when respondents were categorized by political affiliation. Significantly more Democrats, 73%, than Republicans, 50%, stated that they believe Biden’s remarks had increased division. The poll also revealed that far more Blacks and Hispanics, 70%, than Whites, 58%, described the president’s comments as divisive.

The survey also asked respondents if they believed that Biden’s remarks “endanger Americans’ First Amendment rights to free speech and free assembly.” Once again, the results were surprising.

The majority of respondents agreed, 55% to 34%. But when broken down by party affiliation, far more Democrats, 65%, than Republicans, 45%, agreed that the president’s rhetoric endangered the First Amendment rights of Americans.

The poll also found that 58% of respondents saw Biden’s comments as an “uncouth and politically biased use of the office of the president,” while 30% disagreed with that statement. Again, significantly more Democrats, 68%, than Republicans, 49%, agreed with the statement.

Biden’s comments during the September 1 primetime speech that led to these poll results were those where he demonized his opposition, the so-called “MAGA Republicans,” as enemies of the state.

In front of Independence Hall in Philadelphia — with a blood-red background and a pair of Marines behind him — the president condemned half of the country as extremists.

“MAGA Republicans do not respect the Constitution. They do not believe in the rule of law. They do not recognize the will of the people,” Biden said.

Biden also claimed that MAGA Republicans “embrace anger” and “thrive on chaos,” and said that they “live not in the light of truth but in the shadow of lies.”