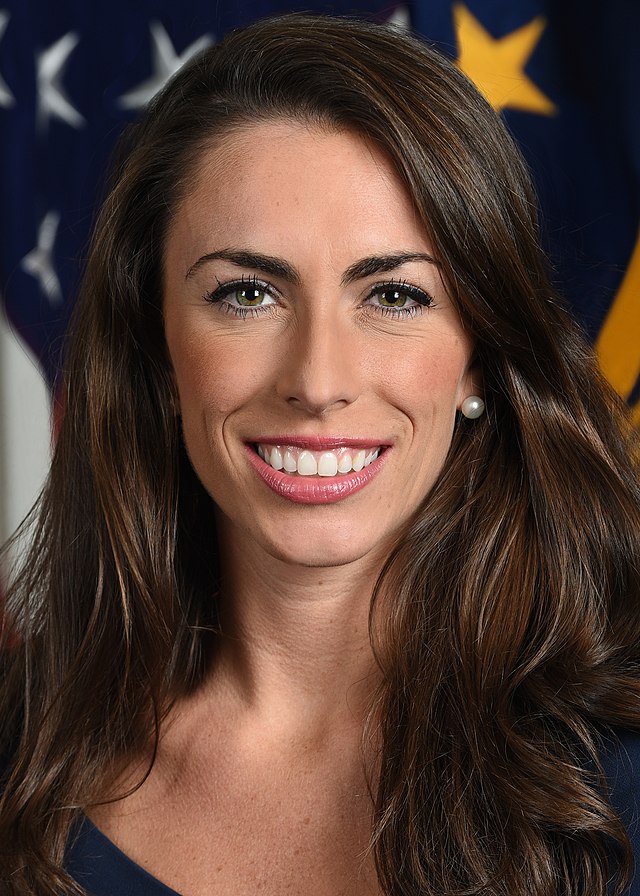 Monica King, Public domain, via Wikimedia Commons
Like Freedom Press? Get news that you don't want to miss delivered directly to your inbox

Once again, “The View” has chosen a ‘Republican’ host that isn’t actually a Republican. The show’s newest co-host, Alyssa Farah Griffin, admitted during a segment on Monday that even though she is a Republican, there are some circumstances where she would consider voting for a Democrat.

Griffin, who was recently announced as the left-wing talk show’s new permanent co-host, took the place of Meghan McCain, another so-called Republican who recently left the show. Along with another fake Republican, Ana Navarro, Griffin was supposed to add a Republican voice to the far-left panel.

Leftist co-host Whoopi Goldberg initiated the conversation by asking if it may be time for a third party in the U.S., a statement that Griffin seemed to agree with.

“Is it — is it time for a third party?” Goldberg asked.

“I think it might be, because the way the parties are structured now and the primary system, we don’t elect the most qualified people,” Griffin replied, adding that neither party reflected an America that was more moderate than either party’s extreme. “We elect the people who cater the most to the base, which is the minority of both parties, rather than people who are most likely to want to get things done, to work across the aisle.”

“I’ll say this, I agree about halfway with Liz Cheney,” she continued, appearing to refer to recent comments by the outgoing Wyoming Congresswoman claiming that she would leave the Republican Party if voters chose former President Donald Trump as their 2024 presidential nominee.

“I will full-stop never support an election denier, I still want to work from within with the Republican Party,” Griffin added.

She went on to attack Trump and his supporters, claiming that “the Donald Trump party is not a conservative party.”

“I believe politics is cyclical, and the Donald Trump moment which has consumed all of us for so long will eventually come to an end,” Griffin said. “And I hope to influence the party from within. The Donald Trump party is not a conservative party, it’s a populist, nationalist, right-wing party that I have about as much in common with as I do Bernie Sanders.”

The View co-host also argued that the Republican Party should move back towards supporting the things she agreed with — concluding that, “on a case-by-case basis,” she would consider voting for a Democrat if the GOP didn’t cater to her demands.

“I’d be open to it on a case-by-case basis,” Griffin said. “I’d have to look at their policies, and that’s kind of where I am.”