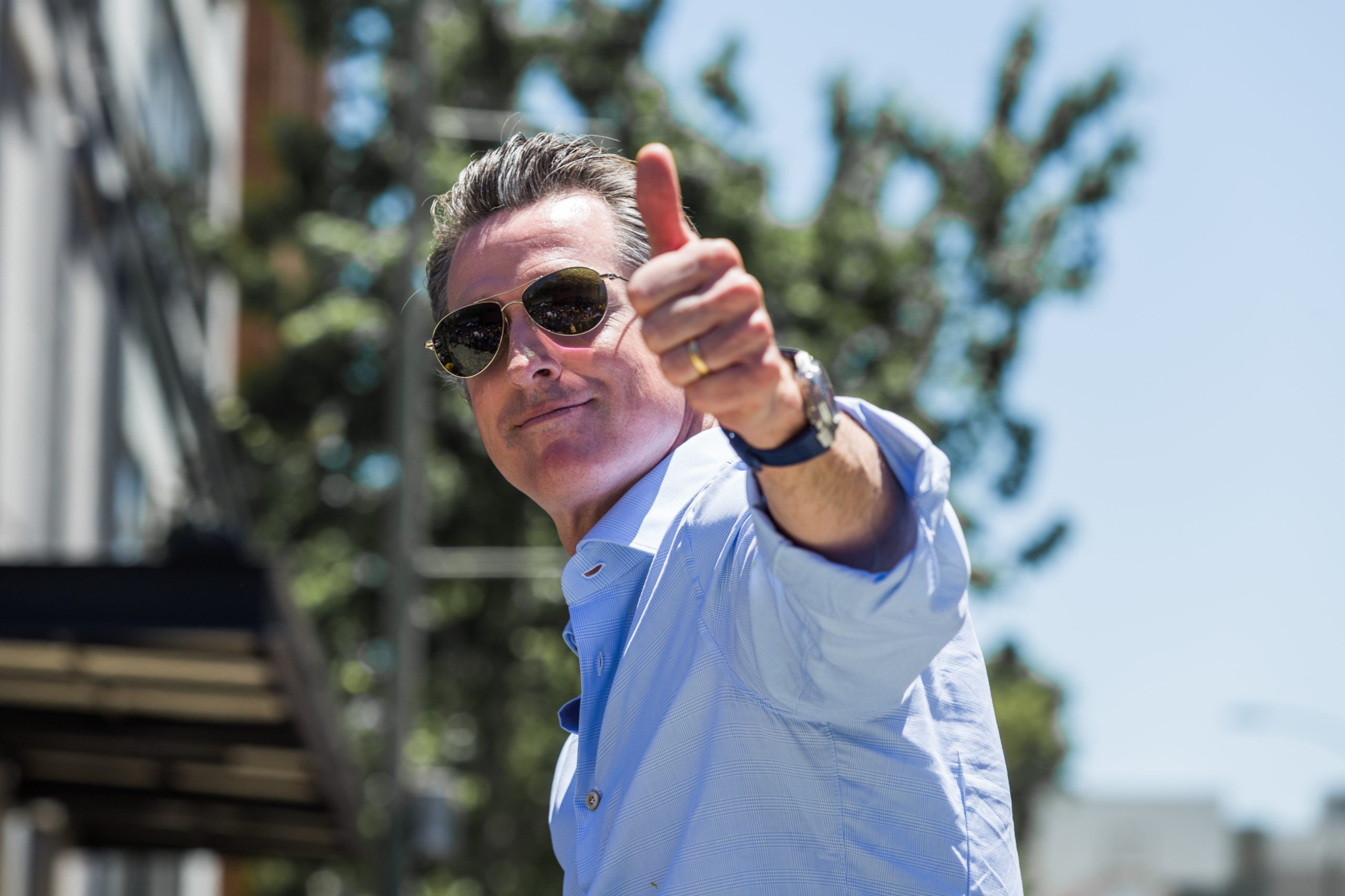 Democratic California Gov. Gavin Newsom decided to expand his political footprint around the nation recently when he announced an advertising campaign on billboards in pro-life states touting his state’s willingness to assist in killing unborn children. Christians have responded with sharp criticism to Newsom’s publicity grab, especially in regard to his cynical use of scripture to promote his abortion message.

One of the billboard ads blasts the headline: “Need an abortion? California is ready to help.”

Underneath, the ad copy goes on to quote Christ’s words: “Love your neighbor as yourself. There is no greater commandment than these. -Mark 12:31”

Domingo said that the ads in other states are “nothing more than a political stunt by our governor.” She added that Newsom is using the words of Christ to virtue-signal an air of superiority over “red and purple states enacting abortion restrictions.”

Domingo said that the use of the Gospel of Mark to support the killing of unborn children is especially misleading. She said, “If we truly loved our neighbor as ourselves, we would want the best for our neighbor.” That would include support services for mothers and fathers to be sure that no parent is misled about the impact of abortion procedures on families as well as the children who are denied life.

Newsom is running for reelection as California governor on the November ballot and used the announcement of the pro-abortion advertisements earlier this month as he is also expanding his national presence by openly attacking Republican Florida Gov. Ron DeSantis and other successful and freedom-oriented GOP politicians.

Many commenters are speculating that Newsom is testing the waters for a possible primary run at the White House in the Democratic primaries that will begin next year before the 2024 presidential election.

The billboard abortion ads also include a notice that they are being paid for by Newsom’s reelection campaign for California governor. The campaign reported it had nearly $24 million in cash at the end of June.

The ads provide the address to an abortion access site that includes information about financial aid for travel to California to obtain abortions. The site also provides telehealth access information regarding abortion drugs that can be mailed out of California to mothers around the country.

Jen Psaki Says Democrats ‘Will Lose’ Midterms Thanks To Biden