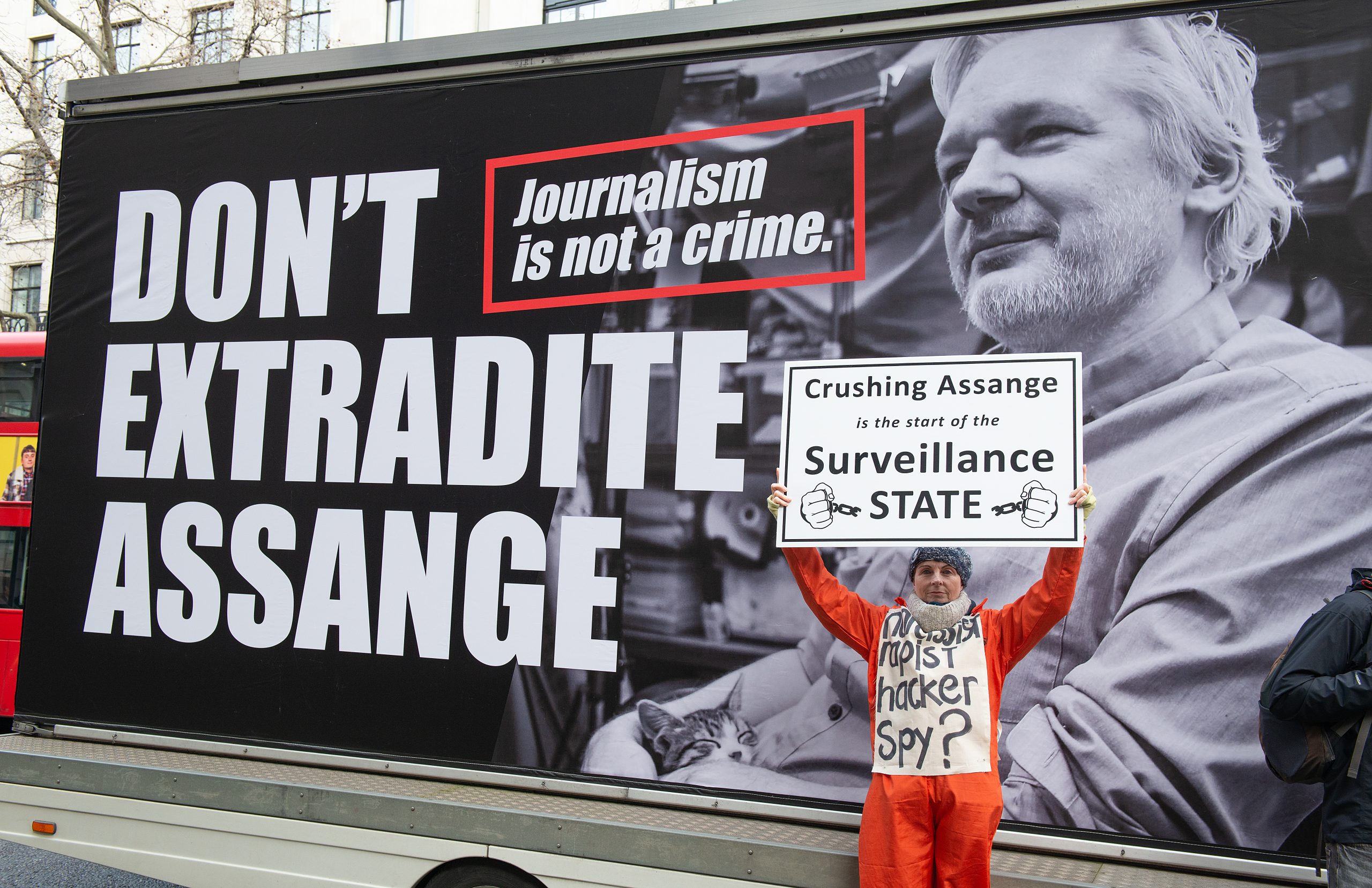 A rally was held in New York City last weekend outside of the British Embassy in support of WikiLeaks founder Julian Assange. Those gathered called on the Biden administration to stop the criminal prosecution of Assange, allowing him to return to his home in Australia.

Roger Waters, a co-founder of the British rock group Pink Floyd, was one of the speakers at the rally. He decried the prosecution of Assange as part of a campaign by the globalist elite to destroy the freedoms of speech and the press designed to push global warfare for profit.

Waters said: “Without basic human rights, for all brothers and sisters all over the world, irrespective of their color, religion or nationality, we might as well all be alone.”

Supporters of Assange protested at the rally in opposition to his long-pending extradition to the U.S. from the U.K. resulting from formal charges filed by the Department of Justice in April 2019.

The charges against Assange allege he violated the federal Espionage Act by publishing diplomatic and military records regarding the wars in Iraq and Afghanistan in 2012. He and WikiLeaks have claimed that the reporting was factual and only presented evidence of misconduct in both foreign nations, leading to outrage from the federal government.

If Assange is convicted in U.S. federal court of all charges, he could face up to 175 years in prison.

Assange has applied for relief from the European Court of Human Rights (ECHR) and directly challenged his extradition from the U.K. He has been held in a maximum security prison for over three years.

British authorities arrested Assange in London in 2019. To effect the arrest, police entered the Ecuadorian Embassy, where Assange had been granted asylum since 2012. As he was not afforded passage from the embassy out of Britain, he remained inside the building from 2012 until being physically removed to be arrested.

A group of five major media outlets, led by the New York Times, published an open letter earlier this month to Joe Biden claiming the indictment of Assange threatens the First Amendment and “sets a dangerous precedent.”